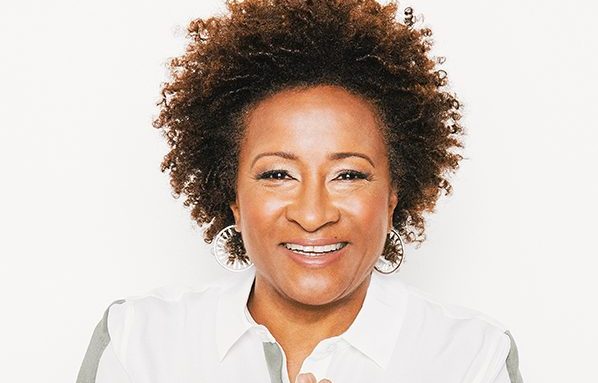 Wanda Yvette Sykes is an EMMY winning American actress, comedian, and writer. We love her jokes that push the limits and her spunky attitude. This is why she is going to be the perfect host for annual Bounce Trumpet Awards. The award show will air on January 12, 2019 at 9 pm on Bounce. According to the award show commitee, “The 28th Annual Bounce Trumpet Awards, an exciting and inspirational night recognizing African-American achievements and contributions…”

This is a black-tie gala event that will include “show-stopping musical performances and special moments”. They will be highlighting the best in entertainment, humanitarianism and activism. The Bounce Trumpet Award honorees are Martin Lawrence, Cedric the Entertainer, Marsai Martin, Ambassador Andrew Young, Hydeia Broadbent and Phylicia Fant. There will also be performances from Faith Evans, Rapsody, Sheila E, Elle Varner, BJ the Chicago Kid, Nas, B. Slade, Le’Andria Johnson, Jason McGee & The Choir.

As you can tell by the guests being mentioned, the Bounce Trumpet Awards were conceived to recognize the outstanding accomplishments of African Americans. It is to focus on those who have succeeded against great odds and inspired success in others.

Actress and comedian, Niecy Nash, will be presenting Cedric the Entertainer with the Excellence in Entertainment Award for his 30+ year career in film. Funny man Mike Epps will be presenting iconic comedian and actor, Martin Lawrence, with the Luminary Award. Black-ish star, Marsai Martin, will receive the Rising Star Award presented from her co-star, Anthony Anderson. Civil Rights icon Ambassador, Andrew Young, receiving the Xernona Clayton Award of Distinction presented by the 2020 Census.

Music executive Phylicia Fant receiving The Corporate Executive of the Year Award being presented to her by Chairman and CEO of Epic Records Sylvia Rhone. Last but not least, actor Lamman Rucker presenting the Community Activist Award to HIV/AIDS activist and public speaker Hydeia Broadbent. This is sure to be a star studded show you won’t want to miss!