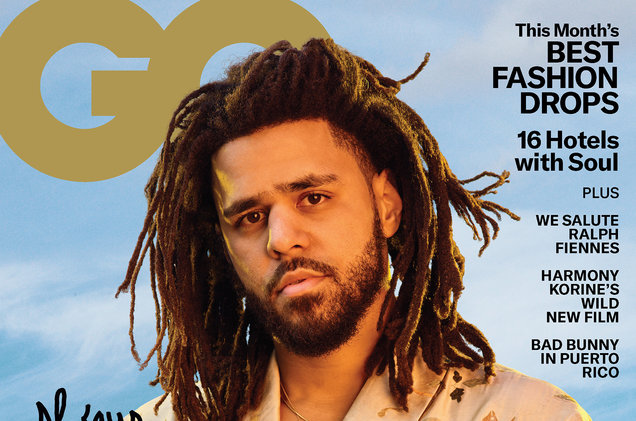 The highest charting billboard artist, Jermaine Cole has always been an artist who always likes to stick to himself. But this Month,  he is featured on the cover of new GQ. The Rapper was interviewed by Allison P. Davis and the interview went into detail regarding Cole’s legacy, the Dreamville Company and a reflection of his growth and his future career plans.

When asked about his legacy, the artist responded by saying “I’ve reached a point in my life where I’m like, ‘How long am I gonna be doing this for?—I’m starting to realize like, oh shit—let’s say I stopped this year. I would feel like I missed out on certain experiences, you know? Working with certain artists, being more collaborative, making more friends out of peers, making certain memories that I feel like if I don’t, I’m gonna regret it one day.”

Many People know Mr. Cole as the artist who went “platinum with no features.” It’s a phrase that many of his fans live by.

When he discussed how he felt about it with Ms. Davis he originally thought the comment was “funny as hell.” As time went on his feelings towards it changed

“But the second or third time, I was like, ‘All right, it’s almost embarrassing now,—-Like, ‘All right, man, y’all gonna make me put a feature on the album just so this shit can stop.'” He ended this conversation by suggesting a change-up to this approach in the name of stepping out of one’s comfort zone

According to Complex.com, J Cole is currently working on a documentary. But throughout his Interview with Ms. Davis he did state that he didn’t plan to stop making music any time soon.

It looks like J Cole is in a season of growth and prosperity. We can’t wait to see what next in store for the artist in music and in his life.