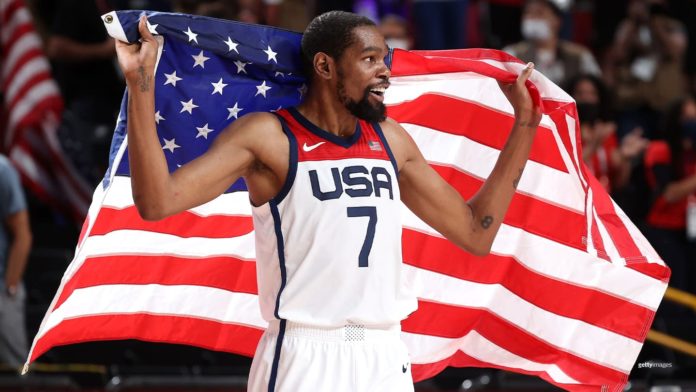 The team’s win comes after criticism regarding the basketball team’s size and ability to play together. But the team fought through adversity and won the gold.

“This is one of those special journeys,” Durant says. “When you’re a part of a team that’s evolving by the second, it’s amazing to see. Each game we continued to grow, I’m grateful we all committed to it, we stuck with it and we finished it off.”

The team lost once to France during the Olympics. Damian Lillard of Portland Trail Blazer admits that the unexpected loss did take a toll on the team. Lillard refers to their Olympic win as both joyous and relief.

“I think it’s more joy than relief, but definitely some relief,” Lillard explains. “The expectations that get placed on Team USA, there is some relief because of those, especially with us losing a few games. It’s like we have to get it done, so finally getting there and pulling it off in the gold medal game you can only exhale.