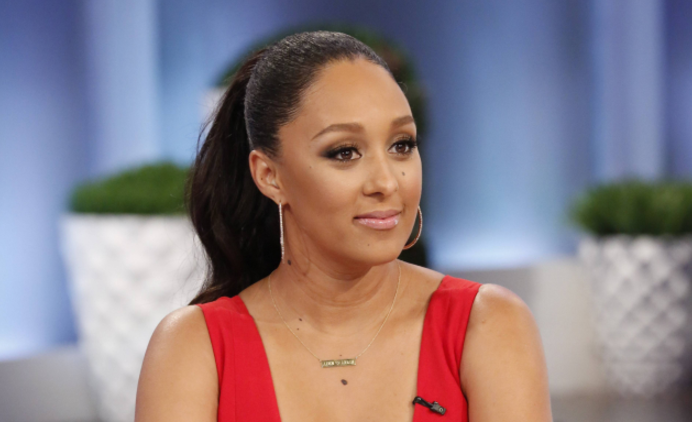 Tamera sat with Essence and talked about how she parents, would she have more kids, and even dabbled on rebooting “Sister Sister”, the hit 90s sitcom she starred alongside her twin sister Tia Mowry-Hardrict. Wouldn’t you want a reboot of that classic?

‘The Real’ talk show host make sure she enjoys herself in anything she does. Tamera isn’t closed off when people ask about her challenges and accomplishments. Being a mom, wife, sister, actress, talk show host, and businesswoman, there is no doubt there are a lot of obstacles that heads Tamera’s way. When discussing kids to Essence she stated

“I’m done with kids. My kids are at an age right now ….. where parenting is work”

Tamera and her husband Adam have two beautiful children, 6-year-old Aden, and 3-year-old Ariah. Housley elaborated that she is trying to instill some good characteristics and morals into her children’s lives. She is definitely making sure she is showing them that cleanliness is an important trait to have.

“I taught them at a very young age the song clean up, clean up. I just got tired of cleaning up after them! After a while, I was like guys I’m your mom. I’m not your maid. You have to learn how to do this yourself.”

Tamera also talked about the 90’s sitcom she starred along with her twin sister called, Sister Sister. With all of the old 90’s shows making a reboot during this time, fans have been dying to have a Sister Sister reboot. Although people are pressing for a reboot to happen, the cast members of the show will not sign on to do a modern version of the show until the storyline matches the original’s quality.

The 90’s sitcom star explained that she wanted to make sure that if they bring the show back, that it has to be the bomb! She doesn’t want to do it, just to do it. Who is dying to have a Sister Sister comeback?