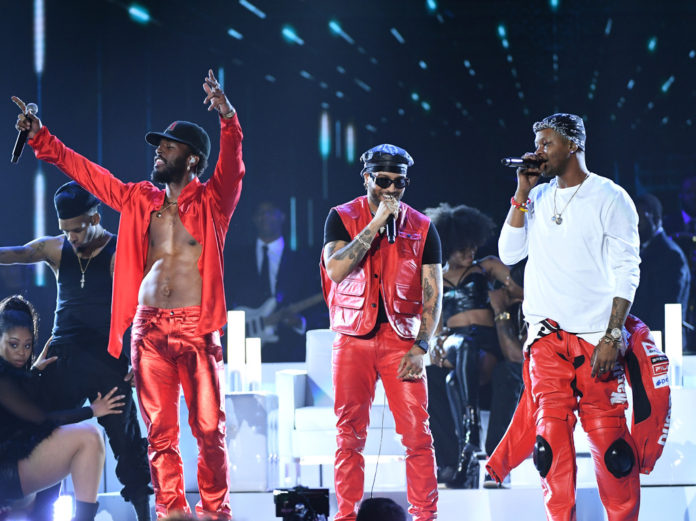 Bryan James Sledge, better known by his stage name BJ the Chicago Kid (or simply BJ), is an American singer and songwriter from Chicago, Illinois. He is an artist that provides R&B and Neo Soul music to his fans. He frequently collaborated with Top Dawg Entertainment artists like Schoolboy Q, Kendrik Lamar and Jay Rock. After four mixtapes and one Indie classic, he then dropped his major-label debut on Motown. His love for music gives him the energy he needs to collaborate with other artists to make magic.

JaGurl TV caught up with BJ The Chicago Kid on the carpet at the Soul Train Awards to talk to him about positive things going on in his life. BJ eagerly responded, “I’m at the Soul Train Awards! This is made by a black man, by a black team for black folks.Can’t get no better.” He also expressed how he is excited because he is performing “Go Girl” with Luke James and Ro James. “We have been brothers for a long time. Long, long, long story. We did not meet each other on the same day but the stories are all crazy.” said BJ.

This was the first time the three have ever performed the song in front of an audience after its release in October 2019. The song has been successful enough to reach to the main stage at the Soul Train Awards. You can watch their performance by clicking on the link below.