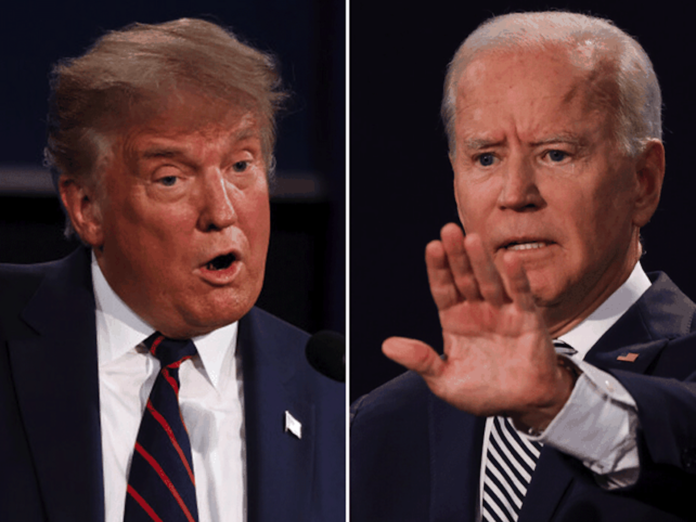 On September 29, Ohio was the home of the first presidential debate between President Donald Trump and former Vice President, Joe Biden. The 90-minute debate, moderated by Chris Wallace, was a showdown for the books as both men spoke on topics of race, climate control, social injustice in America and more.

Americans eagerly watched on multiple digital platforms to get in tune with how each candidate feels about these pressing matters. Based on Trump’s behavior with the African American community, Biden repeatedly and directly called Trump racist. During this segment of the debate, the topic focused on race relations, protests, violence and policing. It was important to mention the protests over the police killings of George Floyd in Minnesota, Breonna Taylor in Kentucky and so many others during the time of his presidency.

Trump responded by expressing how he did his part to help people get back to the core values of this country with less racism. “I ended it [systematic racism] because it’s racist. I ended it because a lot of people complaining they were asked to do things that were absolutely insane. it was a revolution taking place in our military, in our schools, all over the place.”

“The fact is that there is racial insensitivity. People have to be made aware of what other people feel like,” Biden said.

They also talked about healthcare in this country and what they hope to accomplish. Trump stands by his statement that “we made Obama Care better,” but would like to get rid of the program if he get re-elected because it’s “no good.”

Biden countered his argument by saying, “He has no plan for healthcare.” He then brought up how in the pandemic over 200,000 people have passed away due to neglectange.

One thing the two candidates did agree on is the importance of this election. Trump said he encourages people to do their part to keep America going. Biden agreed by saying, “The issue is the American people should speak. You should go out and vote”

Biden also said, “We all Americans , the only way were going to bring this country together is bring everyone together. There is nothing we can’t do if we do it together.”