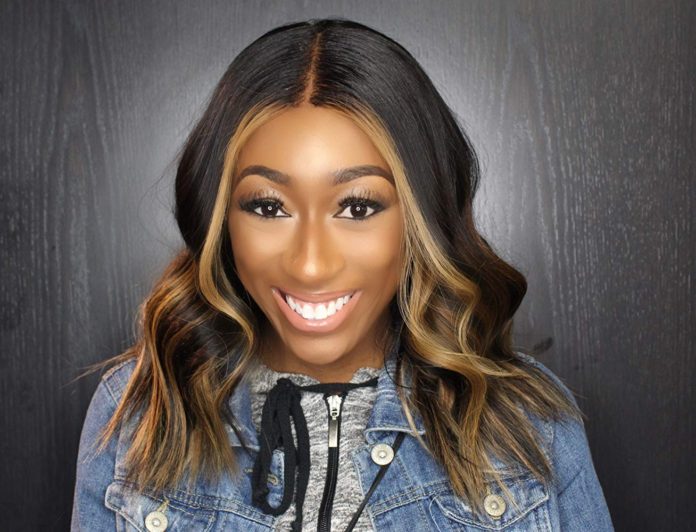 Instagram star and actress, Lala Milan, went on the new interacting streaming channel Fox Soul this past week to talk about her rise to fame. She sat down on Out Loud with Claudia Jordan and explained how she went from working her insurance job to now being an actress on screens all over the nation. When asked how she got her start on social media she responded, “I was working at All State girl and literally my boss was always out you know playing golf and I was like, while he’s away I’m gonna go ahead and play. That’s exactly what I did and social media was popping at the time and I went ahead and started making videos. Next thing you know I went viral with my first video and was like getting booking requests and when the checks from booking got bigger than my checks from the job I said, what am I doing here?”

We love Lala for her outgoing personality and funny Instagram videos relating to the latests in pop culture. The first video of hers to go viral was a video titled Rag Queen, which was a parody of the popular 2014 hit Trap Queen by Fetty Wap. She hilariously said, “I did a version of Fetty Hap’s Trap Queen and its the whole thing he saying she gonna hold him down and I’m like you know what, I’m not. I’m snitching!” Lala admits at first she was just having fun and creating. She began to broadcast her thoughts on social media and the public responded well. At first when quitting her job she wasn’t sure where her career was going to go and if she was able to make a living. Her perseverance allowed her to keep putting in work.

The bookings came rolling in one season but slowed down another season. She explained the importance of understanding cancel culture and how that can have an effect on your career. “One thing about social media in the culture I was coming up in, it’s cancel culture! So they’ll love you while you’re hot but as soon as you’re not no more and content slows down so does the checks.” Lala had to find multiple streams of income to make sure she stayed financially stable and relevant in something she loves doing so much. She started creating content for Youtube, she started advising people on their businesses, she started writing skits for people, as well as making appearances. It was about strategically making her platform work for her. One million followers does not equate to instant income. One thing we know is that content creation is hard work and we love Lala for her hard work and dedication to her craft. Lala is now acting in popular shows like BET’s, Claws and Boomerang. Watch the full interview below.