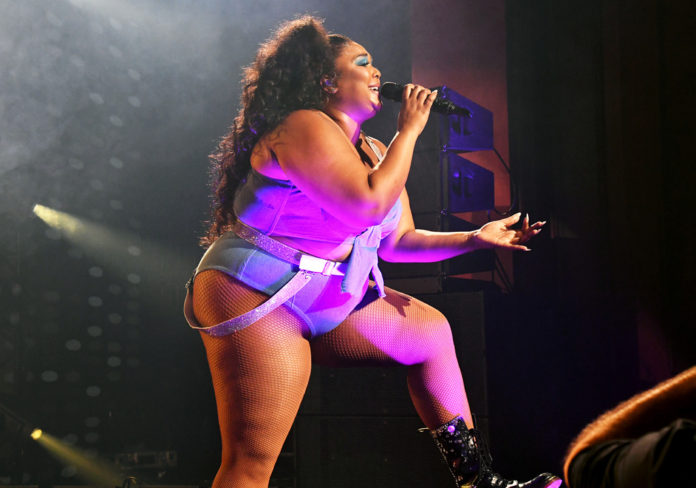 Lizzo performed last night (Thursday, January 30) at an exclusive concert for SiriusXM and Pandora as part of their Super Bowl Opening Drive Super Concert Series. The free event for SiriusXM subscribers and Pandora listeners happened at The Fillmore Miami Beach at The Jackie Gleason Theater.  The show was broadcast live on SiriusXM’s The Heat (channel 46) and highlights will be rebroadcast on Hits 1 (channel 2) and Pandora NOW (channel 3).

The show was the first live performance for Lizzo since she became a GRAMMY Award winner this past Sunday at the 62nd Annual GRAMMY awards.

After dedicating “Good As Hell” to Kobe Bryant and his family, Harry Styles made a special appearance and joined her on stage for a duet on “Juice”.