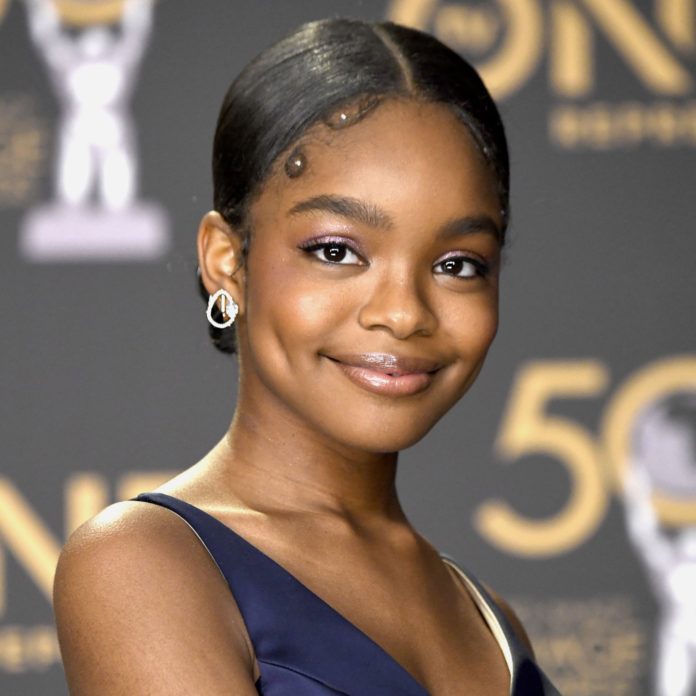 “Black-ish” star Marsai Martin has set the Guinness World Record for being the youngest Hollywood executive producer to produce a major film.

Back in 2019, Martin, who was 14 at the time, served as an executive producer for her breakout film, Little. Now, the 16-year-old has officially been declared by the Guinness World Records as the record holder for the youngest Hollywood executive producer to produce a major film.

Martin took to social media to tell her fans the exciting news.

“I hope all the young Black girls out there really see how a change can really happen, just by being yourself, just by any imagination you have that can run wild,” says Martin. “You only live once so go for it.”

Along with producing the film, Martin also starred in the film alongside Regina Hall and Issa Rae.

Martin will appear in the 2021 Guinness World Record book, which is currently available to purchase.