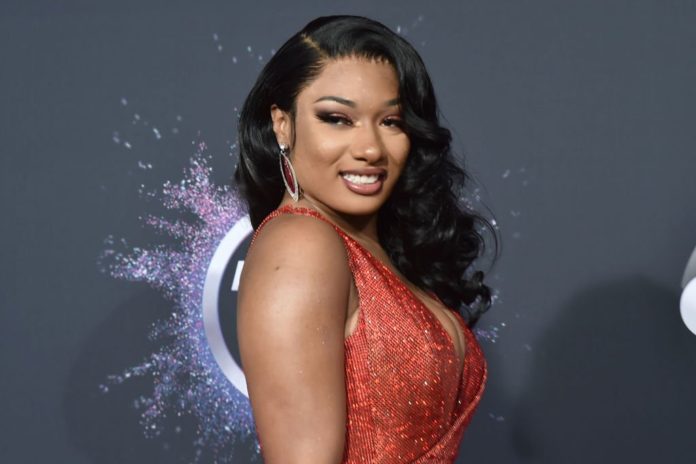 The 24 year old rapper was spotted on the red carpet of the American Music Awards on Sunday night, where she gave an insight into her dating life surrounding the rumors of her  dating Trey Songz and Tristan Thompson. Although we have seen Trey and Megan link up at several events together, the H-town hottie shut those rumors of them having anything going on down. “Right now I’m really not looking for a man,” she stated. “But if I was, it would be somebody who is super funny and he has to be tall.”

Megan, who has had an amazing year, couldn’t be prouder of how far she has come in her first year in the industry and she’s not done yet. “I did what I had to do. We had a hot girl year and we’re still dragging it out,” she said, before sharing  her upcoming collaboration with the “Truth Hurt” singer, Lizzo. “We’re already working on some stuff, so I can’t wait for it to come out next year,” the Houston native stated. “Texas, we’re really putting on for Houston right now.”