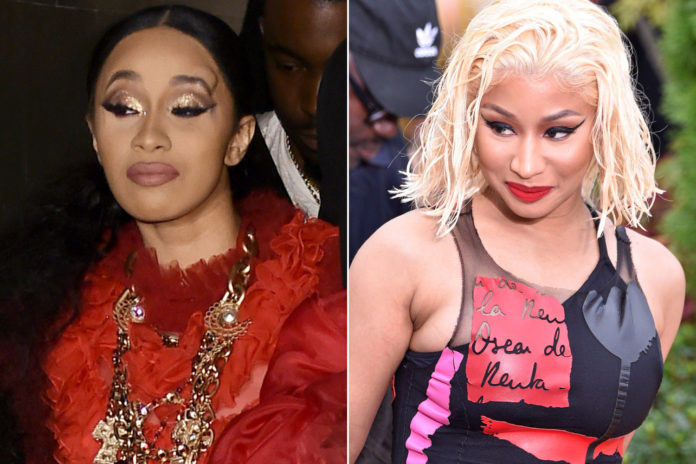 Yesterday on Nicki Minaj’s hit podcast Queen Radio, the rapper revealed some telling things about the events that have transpired between her and Cardi B over the past couple of months. If you all recall roughly two months ago at a New York Fashion Week party, both rappers got into it leaving Cardi with a significantly huge bump on her forehead.

The tension between Nicki Minaj and Cardi B has been present since the altercation, but Nicki attempted to settle the score in calling out Cardi B on the alleged lies she has circulated about complications with security and how they were the ones to cause the massive bump. Minaj has come out saying that it was actually her friend Rah Ali that threw the punches and that she was in fact upset with Ali saying, “Rah beat you so bad that I was mad at Rah. 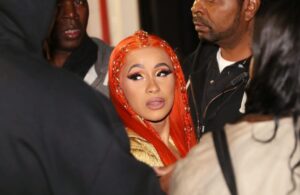 To add to the situation, Minaj was so confident in her statement that she said to roll the security tapes and release the footage of the altercation at NYFW. The rapper then even jokingly added that she would pay whoever released the footage $100,000, a small price for the star who is valued at over 75 million dollars.

There were also rumors circulating from Cardi’s sister, Hennessy, claiming that Minaj leaked Cardi’s number in hopes that The Barbz, Nicki Minaj’s fan base, would attack the “Bodak Yellow” star. Nicki denied these claims on Queen Radio adding that she never even had Cardi B’s number in her phone to begin with.

Since the broadcast of the Queen Radio segment, Cardi has released a series of videos on her Instagram refuting every statement Nicki talked about on her show and even had receipts on each event even going back to the “Motorsport” verse conflict. 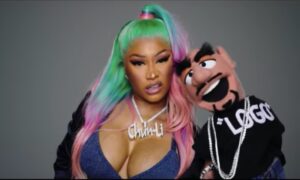 To end off the argument Cardi mentions that “You need to focus on yourself and focus on your craft because you’re out here fucking up your legacy looking like a hater.”

Nicki has recently tweeted about choosing to ignore the situation and focus on more positive, entertaining and funny things. Cardi B later then reposted the tweet on her Instagram, saying “@NickiMinaj alright then! Let’s keep it positive and keep it pushing!” It looks like the two won’t be reconciling anytime soon nor will there be an iconic collaboration done by the two talented artists.