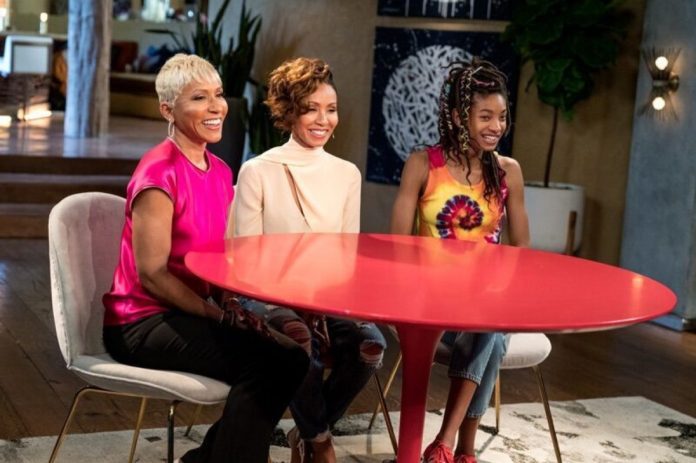 On May 27th, 2020, “Red Table Talk” aired a deep discussion on the topic of Colorism in America. Colorism is prejudice or discrimination against individuals with a dark skin tone, typically amongst people of the same ethnic or racial group. Jada Pinkett Smith, Willow Smith, and Gammy Adrienne Banfield-Norris tackled the topic on their home video demand service, Facebook Watch.

Jada’s childhood friend, Mia Pitts and her daughter, Madison Piles sat down to discuss growing up as a woman of color. “I remember dancing with the Knicks and an NBA friend said you’re never going to marry an athlete because of your dark skin,” Pitts explained.

She talks about never considering herself beautiful. She often verbally had to refer to herself as “being sexy” so she can sell herself outside of her skin color. As her daughter Madison got older, Pitts often found herself overly complimenting her on her skin. “I didn’t want her to go through the same scenarios as I did,” Pitts claims. She would only buy Madison dolls that resembled her so that the imagery of being beautiful was always in her mind.

When Gammy shared the documentary Dark Girls, an African American lady explained, “When growing up, white people made me appreciate my skin color, black people made me question it.”

Harvard graduate, Chika Okoro also joined the cast to share her own experience with colorism. She talks about not feeling pretty growing up and going to casting calls that discriminated against her features.

Jada went to her Instagram to share a sentiment about her friend Mia and her daughter, “I love them both and deeply grateful for their testimonies this week🙏🏽❤️My lifelong friend Mia Pitts and her daughter and my niece Madison Miles came to the Red Table this week to talk about their experiences with Colorism. STREAMING NOW! LINK IN MY BIO✨”

You can catch this episode and many more on Facebook Watch now.