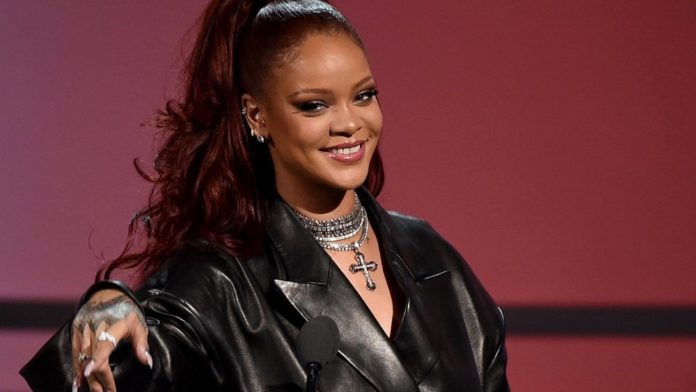 Rihanna’s fans are hanging from the edge of their seats as they wait for the singer to reveal the release date of her long awaited album. The NAVY has been watching closely for Rihanna to drop any clues about the album and it looks like they might officially get an answer to one of their burning questions; What will be the name of the album? In a new Instagram post the singer revealed the possible name of her ninth studio album as ‘R9’ but says she is still not close to releasing it.

Some fans flooded the singers comment section thanking her for gifting them with the name of the album just days before Christmas while others we’re overjoyed that she opted into the fans suggested title. Although the singer didn’t confirm yet if this is the official album name, fans are pretty convinced that it is. If you remember Rihanna’s Interview with T Magazine, the singer confirmed that she did not yet have a name for the album but joked that she was considering naming it ‘R9’ since that was the name her fans suggested.

“I’m about to call it that probably, cause they have haunted me with this ‘R9, R9, when is R9 coming out? How will I accept another name after that’s been burned into my skull?”

If this is truly the name of the album, then we’re appreciative that we finally received it; but Rihanna still has some catching up to do as the singer also promised her fans that the album will be released in 2019.

With just a few days left in the year, we’re hoping our favorite bad gal will keep that promise.