The quote that introduced the latest Nike ad, starring tennis legend Serena Williams. The visual tackles the way women, specifically in sports, are perceived when expressing emotion. Williams has been at the forefront of these double standards many times and endured racial discrimination throughout her career.

At the U.S. Open back in September, she told the umpire, “You stole a point from me and you are a thief,” CNN reported. As a result she was fined $17,000 for three different violations. The situation received much attention and shed light on sexism in sports and women in the workplace, in general. If it were a male would it have been different?

The video, aired during the 2019 Oscars, features female trailblazers in various sports–football, track, basketball and more. It’s packed with narrations by Williams stating a plethora of misconceptions women are faced with, “If we dream of equal opportunity, delusional. When we’re too good, there’s something wrong with us. And if we get angry we’re hysterical, irrational, or just being crazy,” she says.

She takes the word crazy and gives it a whole new definition, “So if they want to call you crazy, fine. Show them what crazy can do.”  Which inspired the title, Dream Crazier.

Williams continues to fight for women’s rights and equality and women around the world are forever indebted.

By: Dose of Dallas 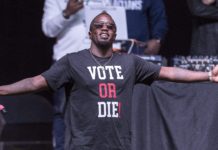 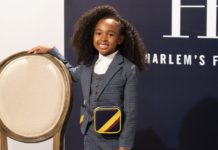