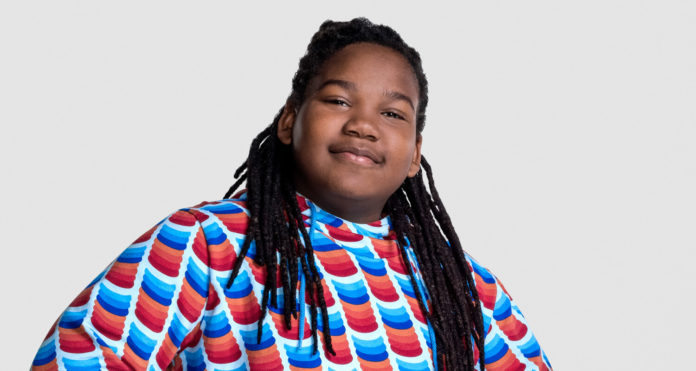 Rising star Terrence Little Gardenhigh is a been here before, wise beyond his years, kinda kid! Making his star appearance in Netflix’s “Coffee & Kareem” with the legendary Taraji P. Henson and Ed Helms — Gardenhigh has made it clear, it’s his time to shine.

Born in North Carolina and raised in Olympia, WA, Gardenhigh began his career at the age of eight. Now at thirteen, Gardenhigh is the star in the Nickelodeon Henry Danger spin off, Danger Force.

The show is about four kids who were accidentally mutated and recruited to attend Swellview Academy for the Gifted where they channel their new powers to fight the bad guys. Little Gardenhigh plays the character Miles. “His (Miles) super power is teleportation. Miles is an old soul kind of a person, you know what I’m saying? He’s for the underdog” Little Gardenhigh told JaGurl TV in an exclusive interview. “Me and him are very alike because we both believe in the Universe, and our ancestors.”

The symbolism between Little Gardenhigh and his character Miles doesn’t stop there. In the show, Miles wears a yellow suit with the a black fist symbol on his chest that resembles Black Power. “It’s an honor to have something that powerful and meaningful not just to me, but to like every black person on my chest.” he continues, “it represents power, and believing in yourself; and knowing that you mean something”.

Watch the full interview with Terrence Little Gardenhigh and JaGurl TV below: