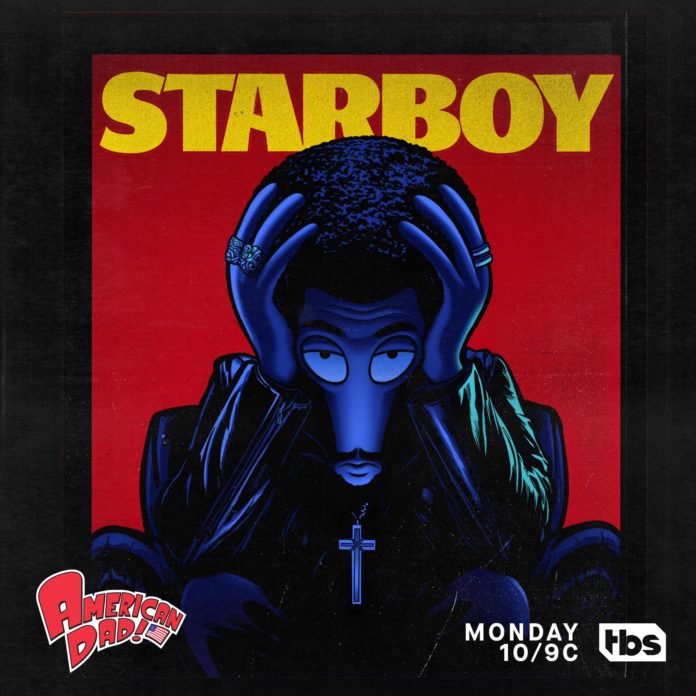 The long running animated series, American Dad!, is now entering its 17th season of life. During its time on air, the show’s creator, Seth MacFarlane, has featured many celebrities like Patrick Stewart, George Clooney, Andy Dick, Hulk Hogan, Kevin Bacon, Hilary Duff and more. Abel “The Weeknd” Tesfaye is now being added to the long list of stars as he “kinda” plays himself during an upcoming episode.

The “Starboy” has just released his fourth studio album, After Hours, on March 20, 2020. In his free hours, it seems that he likes to find other outlets of creativity as he co-wrote the episode with well known Robot Chicken writer, Joel Hurwitz.

The three-time GRAMMY-winning singer has flooded his social media with teasers and snippets about the upcoming episode. “May 4th. A Starboy is Born,” he stated on April 27th.

It has been reported by Deadline, that the episode will feature a new song from The Weeknd, that was also co-written and produced by Electric Guest.