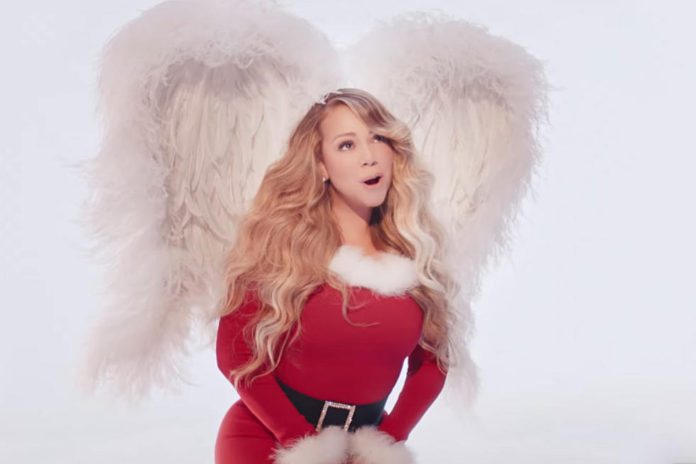 In honor of the 25th anniversary of Mariah Carey’s “All I Want for Christmas (Is You)”, some of our favorite celebrities helped her celebrate by lip syncing her iconic song. The video started off with Tyler Perry, who announced that the video would be dedicated to Mariah Carey, as he jokingly mispronounced her name. “This song is for Mariah Carey…here we go,” Perry stated in the voice of his famous Madea character. As “All I Want for Christmas Is You” opening notes begin to chime following his introduction, we then see appearances by Katy Perry, Deadpool’s Ryan Reynolds, Ciara, Laverne Cox, Jamie Foxx, Ruby Rose, Missy Elliott, and many more. Even Kris Jenner and Kim Kardashian West were spotted in the video as well.

It didn’t stop there! Some memorable moments including cameo from Snoop Dogg, her ex-husband Nick Cannon, Millie Bobby Brown, her choreographer and current boyfriend Bryan Tanaka was dressed like Prince Charming in the video. A fan favorite moment was at the very end as Ariana Grande sings along the bridge of the song and legends John Travolta and Cyndi Lauper sang alongside newcomers, Jojo Siwa and Normani. Of course, we could not forget about her beautiful twins, Moroccan and Monroe, as they dance to their mom’s holiday anthem. Carey showed her appreciation on Instagram to everyone who was involved. “WOW! This is one of the best Christmas gifts I could ever have gotten,” she wrote. “I am so thankful to all of my friends and favorite artists who participated in this video. You brought a huge smile to my face.”