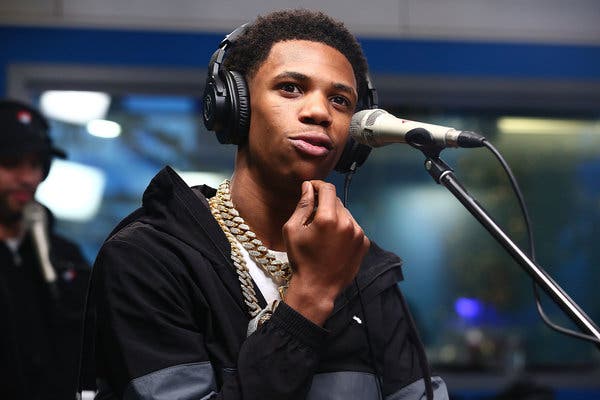 Women have been vocal now more than ever about the experience of being a female artist in a male-dominated industry. We often hear women speak on how hard it can be to secure features with male artists without selling their soul or going against their morals. Gladly this stigma stops now. Data has proven that behind many successful male artists there’s always a dedicated female fan base that helps get them to the top. Little do we know that this type of dedication has made artists like A Boogie With The Hoodie dedicated to making sure female artists get the recognition they deserve. In a recent interview with Billboard,  A Boogie shared his reason for why he makes it his duty to collab with female R&B artists.

A Boogie also goes on to say that his fans are also a big influence on who he chooses to do music with. “All the fans, they wanna hear me do a song with like Summer Walker and Queen Naija. I know that, so I go for it. “

In the past four years, A Boogie has released three successful studio albums. His latest project, Artist 2.0., dropped last Friday on Valentine’s Day in honor of his three-year-old daughter Melody. His debut project Artist was also released on Valentine’s Day in 2016. Although he’s only 24 years old, A Boogie has a Billboard 200 No. 1 album with his 2018 sophomore album Hoodie SZN and over 20 Hot 100 records to his credit.