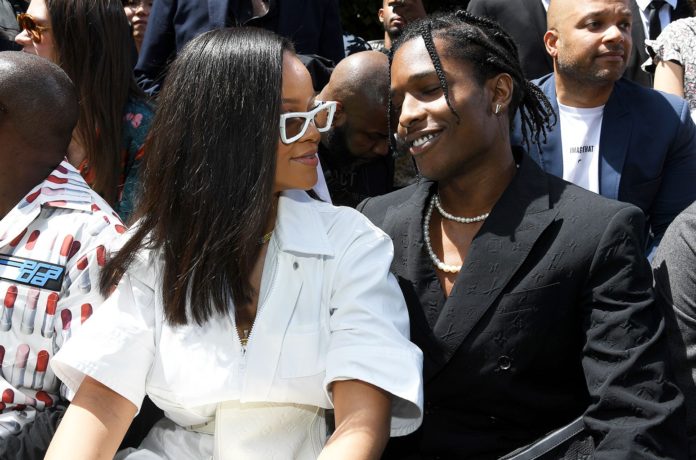 It’s official! In a recent interview with GQ magazine, rapper A$AP Rocky opens up about his feelings for Rihanna, confirming their rumored romance.

In the interview, the rapper gushes over the Fenty make-up entrepreneur, referring to her as the “the love of my life” and “my lady.”

The “Wild for the Night” rapper states that the pop star is “the one” and compares their relationship to his past.

“So much better,” says Rocky. “So much better when you got ‘the one. She amounts to probably, like, a million of the other ones.”

A$AP Rocky also shares his views on fatherhood, which he claims is apart of his “destiny.”

“I think I’d be an incredible, remarkably overall amazing dad,” Rocky tells GQ. “I would have a very fly child. Very.”

Also, in the cover story, the rapper shares how he and Rihanna went on a cross-country road trip on a tour bus during quarantine. His relationship with the songstress has inspired some of his upcoming music.

“I think it’s important to have somebody that you can bounce those creative juices and ideas off of,” says Rocky. “It’s just a different point of view.”

In Nov., a source told PEOPLE the news of Rihanna and Rocky’s budding relationship. The duo had been a rumored couple since Rihanna’s split from billionaire boyfriend, Hassan Jameel in Jan. 2020.