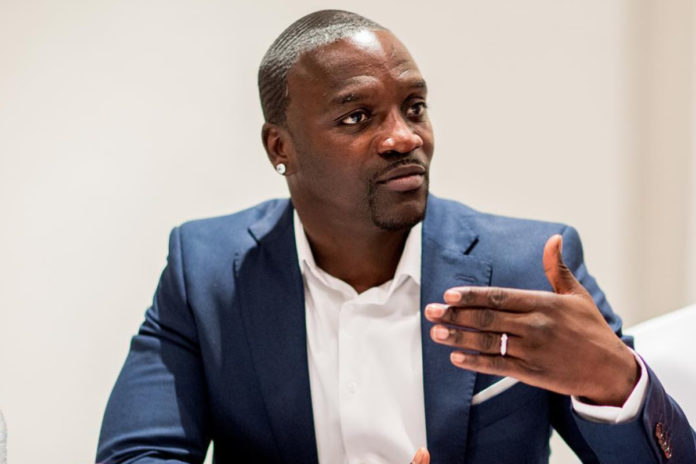 During Akon‘s welcome party to the Clubhouse, the new invite-only social app, the singer spoke with Justin “Meezy” Williams. The duo talked about Akon’s futuristic city in Africa and the recent launch of his cryptocurrency, Akoin.

His idea to create his own cryptocurrency sparked while on a trip to Paris a couple of years ago. The GRAMMY Award-winning singer attempted to exchange his Sengalese currency to euros. But he was told by the employee at the currency exchange counter, “Unfortunately, we don’t take those.”

“It really just opened my eyes,” Akon tells Bloomberg News. “That really catapulted the energy to say ‘We have to have our own currency. I don’t care what it takes — we’re going to fix this.’”

The singer explains that with his cryptocurrency he aims to unite and empower Africa.

“Once you leave Africa or that particular county, you cant even use it (the local currency),” Akon tells Meezy. “Whereas the Akoin once you have an Akoin you can go anywhere in the world and exchange it for what it is. I don’t care if it’s the yuen, the euro, the pound. It don’t matter.” the singer continues. “Any currency out there including bitcoin, you can trade an Akoin for any one of those.”

According to the website, eventually, the Akoin will be available in all 54 African countries. The site also refers to the cryptocurrency as a “uniting crypto-currency for Africa.”

Although currently launched nationwide, the Akoin will not be available for purchase in the United States until early next year.

“By February, March tops! We will be everywhere domestically within the United States and Canada,” the singer explains. “The reason why we started to do European first because in Europe it’s easier to equate Akoins with African coins because they travel back and forth to Africa a lot more often than Americans do.”

Akon’s Akon City is expected to be completed in 2029 and will operate exclusively with the Akoin cryptocurrency.