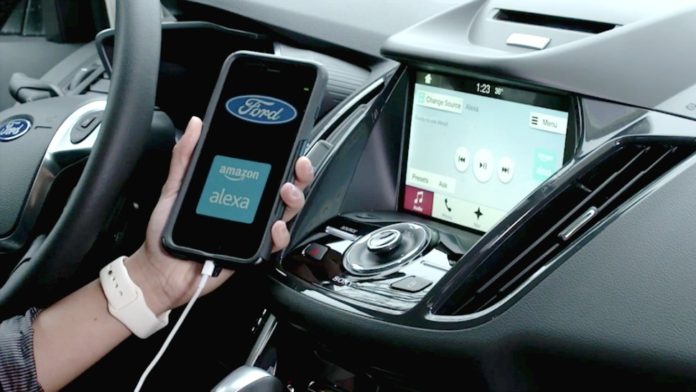 Imagine being able to take Alexa from your home to the car to help make your day more efficient without connecting to Bluetooth or aux cord. Would you jump at the opportunity? If you replied yes then you better get your running shoes ready because According to Fast Company, Amazon has been working hard on Alexa Auto for the past two years with hopes to convince automakers to embed the platform into their new cars. Amazon will seek to broaden its Alexa-enabled network in the connected car market because the car is predicted to become the next big digital platform.

In a demo house garage, Amazon built inside one of the towers of their Seattle location displays a demo electric car they use to show automakers the benefits of the Alexa Auto software. Amazons strategy is to give auto makers the ability to combine Alexa functionality with their own unique features. Instead of having to connect to Bluetooth or the aux cord ( Echo Auto) Fast Company reports that the Alexa system will be built into the car systems. This will make it easy to request things such as starting your car, opening the garage door, rolling down your car window or resuming your book on audible that you’ve started in the house. You will also be able to ask Alexa to announce your ETA on echo speaker at home to notify your family, pretty cool huh?

Although Alexa Auto still remains a work in progress, Amazon has integrated deals with luxury call companies such as BMW and Audi. Alexa VP Ned Curic says current Alexa implementations will mostly be built by the automakers, and will not include the full experience they’re building. He hopes to have a fuller Alexa Integration be present in other new cars in 2021 and 2022. Amazon is making an effort to expand on the longevity of the Alexa product by incorporating it into as many aspects of your daily life as possible.  Check out the video below of Alexa Auto built into a BMW and let us know what you think.