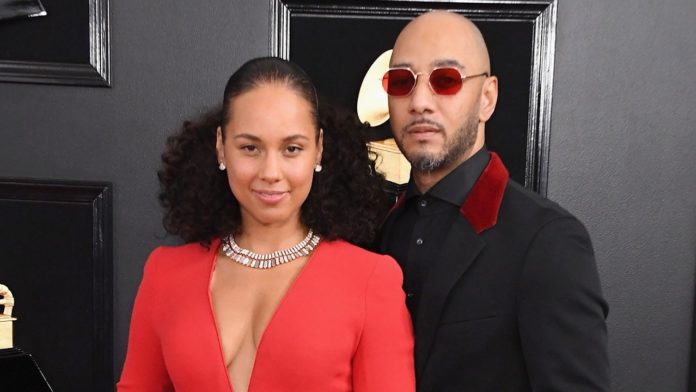 The “Underdog” singer posted a photo of the couple leaning in for a kiss, calling Beatz her “dream come true.”

“You always make me smile. You make me laugh and think and grow and dream and reach and stretch and I am in awe of our love! 10 joiiiwwnnntttttttzzzzzzz!!!!!!” She wrote.

The couple gushed about how quickly the time went by.

“It’s so fast bc its so much fun! and so true and real and genuine!” Keys wrote.

In his own tribute to his wife, Beatz captioned a slideshow of their pictures “1 full decade of love & life wow, Never raised our voice at each other in 10yrs wow. Thank you for everything my love you’re truly everything my Love.”

The following day, the couple continued to celebrate their anniversary by posting a video of them dancing together. The 15 grammy award-winning singer wrote “Playing #Supercat on Mars!! Celebrating a DECADE of love!!!”

In another heartwarming video, the couple’s two sons, Egypt, 9, and Genesis, 5, joined in on the celebration.

Keys and Beatz married in Corsica on July 31st, 2010. Later that same year, they welcomed their first son Egypt and their second son Genesis in 2014.

In an interview with MadameNoire, Beatz reveals why his marriage to Key’s works. “We understand each other and we communicate.” Beatz says.

Beatz says his and Key’s relationship is flourishing because they are both spontaneous.