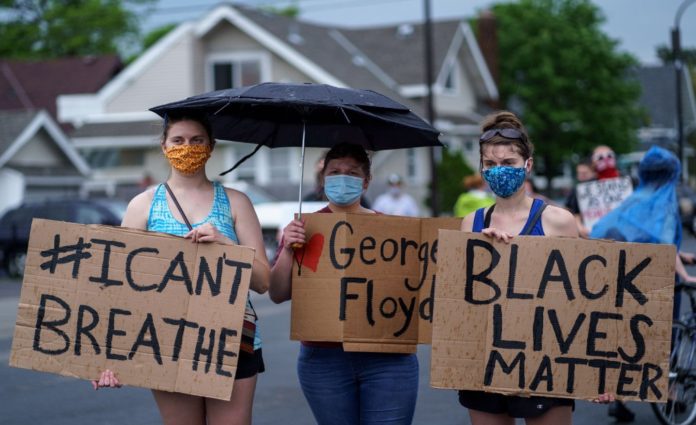 On May 25, 2020, a 46-year-old black man, George Floyd, died in police custody after a white Minneapolis police officer handcuffed him, brought him to the ground, and kneeled on his neck for several minutes. As Floyd struggled to say that he could not breathe, he was caught gasping for air on video by Darnella Frazier. In a matter of hours the video went viral. Floyd, who was accused of trying to pass a counterfeit $20 bill. This small offense has now lead Floyd to be added to the long list of black people who were wrongfully killed in America.

People were outraged because this resembles the case of Eric Garner, who was placed in a police chokehold in New York in 2014. The infamous saying, “I can’t breathe” swept the nation as people protested for the proper punishment to be put in place.

The George Floyd incident lead to the dismissal of the officers involved; Tou Thao, Thomas Lane and J. Alexander Kueng. As of May 29, 2020, Former MPD officer Derek Chauvin has been taken into custody for George Floyd’s death.

The Black Lives Matter movement has been kicked into high gear as protests began late Wednesday and went into Thursday. People are seeking justice for the deceased instead of just a simple dismissal of the officers’ jobs. Riots have gotten dangerous and in some areas, out of control. Riots have erupted in Minneapolis, Chicago, and may other cities where people are outraged.

Here is a list of what a few celebrities who reacted to the death of George Floyd.