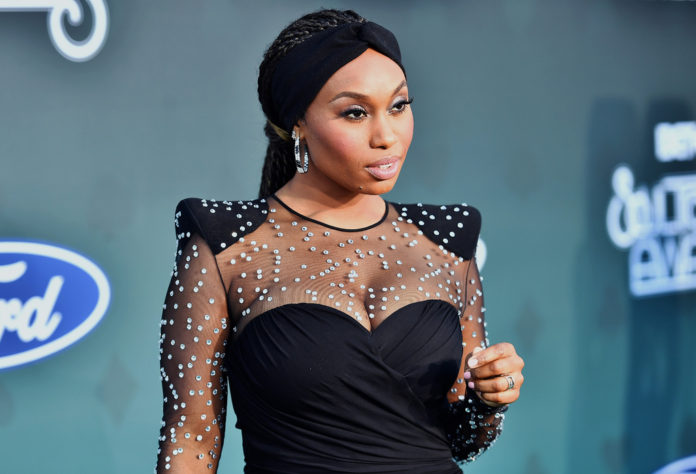 Angell Conwell is an American actress know for her roles in the John Singleton directed film ‘Baby Boy’, as well as the CBS soap opera ‘The Young and The Restless’. Her recent project ‘Bigger’ which airs on BET+ is a Will Packer original series set in the Little Five Points neighborhood of East Atlanta, Georgia. JaGurl TV spoke with Angell at the 2019 Soul Train Awards and asked her about her role.

“I play Veronica Yates, she’s a real estate agen, and Veronica’s all about being number one. She wants to be on top. She likes to be in control for sure.” When asked if there are similarities between herself and her character, she said, “There are, we exude it in different ways. She’s also very unfiltered. She’s that friend who’s gonna tell you the truth regardless of whatever. She’s gonna say it in an unfiltered way that might hurt somebody’s feelings. I’m not necessarily that friend, I try to find a sweet way to talk to people.”

Conwell stated that she was excited to have worked with Will Packer and Devon Shepard who Executive Produced the show. “They’re great leaders. They give you just enough encouragement and direction to where you know where you need to go, but at the same time you still feel free enough to put your stank on it.”

‘Bigger’, formerly known as ‘Peachtree Place’ is a ten-episode series that follows a group of college friends who start to take a deeper look at their own lives after the death of one of their old acquaintances. The series wrapped this summer and can be watched on BET+.