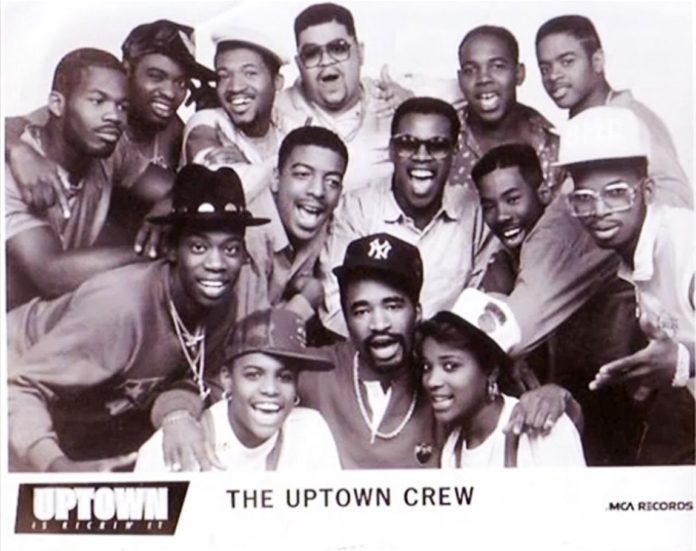 BET has announced a new series, ‘Uptown’, documenting the career rise of record executive, Andre Harrel. Harrel launched Uptown record label in New York City during the late 80’s. Uptown Records is responsible for pumping out numerous R&B and Rap music hits that contributed to the sound of black music throughout the 1990’s. The 3-part scripted miniseries will include features from iconic music industry artists and figures that worked with the label including Mary J. Blige, Jodeci, Teddy Riley and Russel Simmons. The series will fall among a collective of new scripted shows on BET including ‘Boomerang’, Tyler Perry’s ‘The Oval’ and ‘Sistas’.

‘Uptown’ will allow viewers to experience the story of the record label from its early days to its present state. The series is executive produced by Jesse Collins Entertainment who called Andre Harrell, “a true visionary and culture creator”. Jesse Collins Entertainment is responsible for television and film productions such as ‘The New Edition Story’ and ‘The Real Husbands of Hollywood’. Collins is an Emmy nominated industry vet who has brought many of television’s most memorable moments to life. Harrell will also executive produce the series alongside writers Charles Murray, (Luke Cage) Carlito Rodriguez, (Empire) and Barry Michael Cooper (She’s Gotta Have It).

A Bronx native, Harrell is most known as the person to help cultivate the career of Sean “Diddy” Combs who began working for Harrell as an intern. Harrell now serves as the Vice Chairman of Revolt TV & Media, a company created by Combs. “I am thrilled to partner with BET Networks and Jesse Collins Entertainment to share my story, the rise of Uptown Records and successful black entrepreneurship, and the management and cultivation of some of the most iconic artists to come out of the late 80s and 90s hip hop, R&B, and soul music era,” said Andre Harrell. According to the Hollywood Reporter, BET President, Scott Mills, said that he was proud to bring viewers “premium content that reflects and celebrates Black excellence.” The series is set to air on BET in 2020.