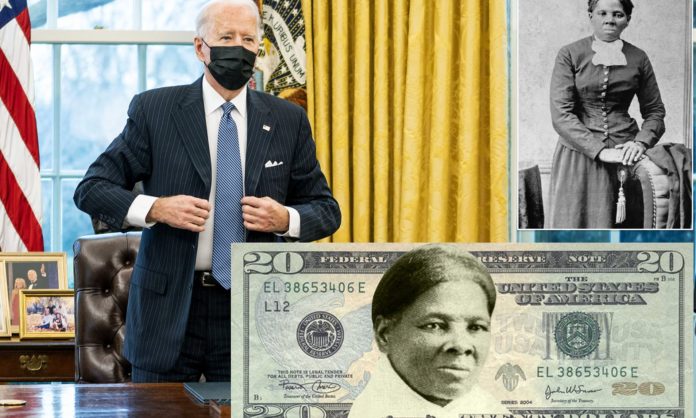 In a press briefing on Monday, the Biden Administration announced they are looking to “speed up” efforts to replace Andrew Jackson with Harriet Tubman on the $20 Bill.

“The Treasury Department is taking steps to resume efforts to put Harriet Tubman on the front of the new $20 notes,” White House Press Secretary Jen Psaki said. “It’s important that our notes, our money, reflect the history and diversity of our country, and Harriet Tubman’s image gracing the new $20 note would certainly reflect that.”

“So we’re exploring ways to speed up that effort, but any specifics would, of course, come from the Department of Treasury,” she added.

In 2016, the Obama administration had proposed the idea of replacing the seventh U.S. President with the iconic abolitionist.

Tubman was a born a slave in Maryland in 1820. In 1849, she escaped slavery and became one of the biggest “conductors” of “the Underground Railroad.” For approximately a decade, Tubman would venture back into the South and rescue enslaved Americans. It’s estimated she led more than 300 slaves to freedom.

According to PBS, the heroine’s nickname was “Moses,” similar to the biblical figure she helped her people escape slavery. Her fight for freedom led her to become one of the Nation’s leading Slave Abolitionists. Fredrick Douglass once regarded Tubman as “General Tubman,” for her continue to fight to end slavery at any cost. During the Civil War, Tubman worked as a Union Spy to gather entail for the North.

During his presidency, Obama referred to Tubman and her fight for freedom as “the essential story of American Democracy.”

Once Trump took office, the process to put Tubman on the currency was delayed. According to the Associated Press, the bill’s delay was in order to redesign the $10 and $50 bills.

The Trump’s administration’s Treasury Secretary, Steven Mnuchin‘s plan was to push back the Tubman $20 until 2028.

“I was here when we announced that, and it was very exciting,” recalls Psaki. Psaki also served in the Obama Administration as a traveling press secretary. “It hasn’t moved forward yet, which we would’ve been surprised to learn at the time.”

Harriet Tubman will be the first Black American and Black Woman to appear on the U.S. currency.