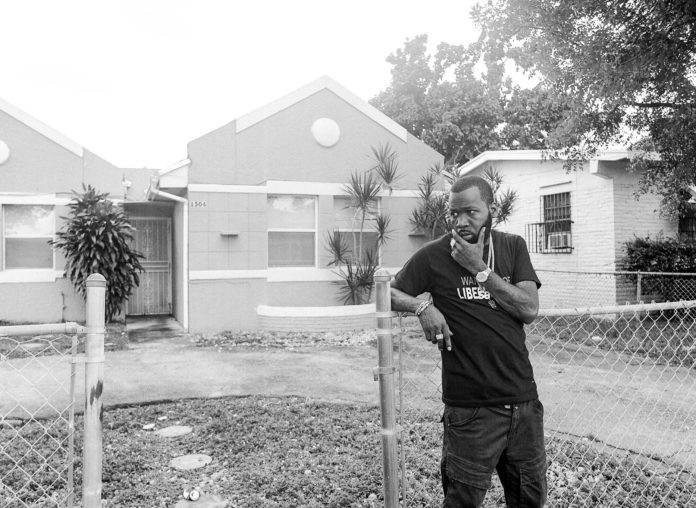 That’s saying a lot for a budding musical master who in a brief musical career has captured national attention with his anthem version of Let Us Live (October 2018), worked with many ultra-talented performers (Uncle Luke, Trick Daddy, Betty Wright, Zoey Dollaz and Ball Greezyamong others) and created a host of memorable music.

Carter’s newest musical masterpiece is a captivating remix of Let Us Liveand features acclaimed rapper Rick Ross. The original Let Us Live was released in October 2018. Carter notes that the new song is definitely different from the first one.

“And with Rick’s involvement and performance,” Carter asserts, “I think it’s gonna be impossible for the world to ignore the great music and important message it conveys.”

Let Us Live features some creative and potential-to-be classic lyrics. One of those is a bridge that takes on its own power, almost forcing the listener to sing along – “Don’t take my life from me.”  Another is Carter’s favorite — “Praying that these preachers stop pimping us with these bible quotes” – clear, concise and creative.

Although the new song features world-class music, a familiar name and some interesting symbolism, the most relevant elements revolve around what Carter calls a need for positive change in our communities and a commitment he made following the death of his 6-year old son King Carter.

More than three years ago, King — who was on his way to a store to buy candy — was killed in his front yard by senseless gun violence. That heartbreaking loss provided the spark which pushed Blaze to use his musical talents to honor his son and become a community activist devoted to making a positive difference.

“No doubt this remix of Let Us Live reflects my commitment to end the senseless violence and killing in our communities,” Carter said.  “It’s past time that we do everything possible to solve this.”

The new remix of Let Us Live will also be a highlight of a new album by Carter.

Musically and as a community activist, Carter continues to make good on his commitment to his son King.  His efforts to create positive change to improve the lives of all in his community and in his city are extensive. And Carter’s music speaks for itself, with the remix of Let Us Live possibly offering the loudest need for change.

The remix of Let Us Live is poised to powerfully promote a vital lifesaving message, capture international attention and help catapult Carter into the musical stratosphere.

Listen to ‘Let Us Live’ HERE