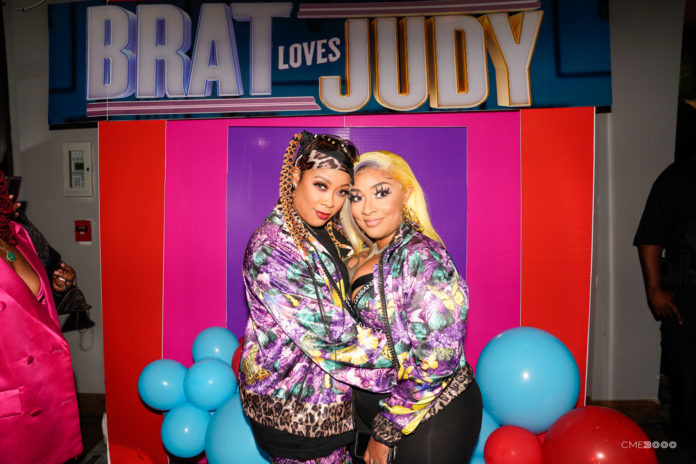 Da Brat, and her girlfriend Jesseca “Judy” Dupart celebrated the premiere of their new WE tv original docu-series “Brat Loves Judy” last night at Views Bar & Grill in Atlanta, Ga. The couple decided to watch the premiere with both fans and friends as the viewing party was open to the public.

According to the press release, “Brat Loves Judy” brings audiences a never-before-seen look into the world of veteran hip-hop artist and two-time Grammy Award-nominee, Da Brat, and her girlfriend Jesseca “Judy” Dupart, the multi-millionaire business owner and CEO of Kaleidoscope Hair Products, as they navigate their new relationship – from building a new home together and growing their budding careers to couples therapy, dealing with meddling loved ones, and a surprise proposal.