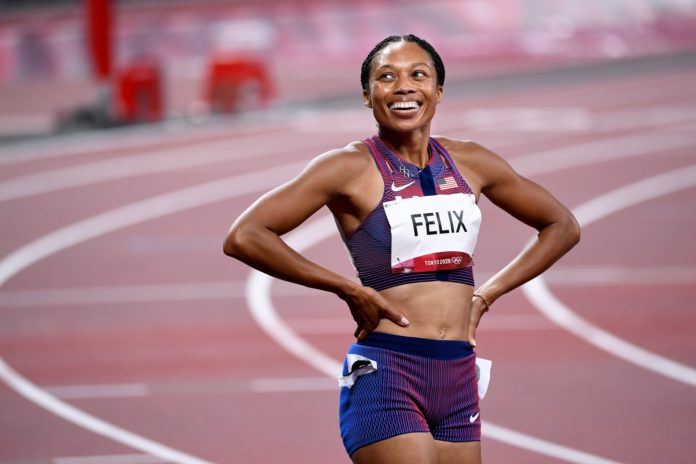 U.S. sprinter Allyson Felix has made history for the most decorated female track and field Olympian, after claims the bronze medal in the Olympic 400 meter final on Friday (August 6th).

The California native now has a total of 10 Olympic medals, breaking her tie with Jamaica’s Merlene Ottey. Now, Felix is tied with the legendary track and field athlete Carl Lewis for the most medals won by an American track and field star.

The Tokyo Olympics mark Felix’s fifth Olympic Games, she made her debut at the age of 18 during the Athens games in 2004.

“I’m just proud of making it to this moment,” the track and field star told Times. “There’s so much that’s gone into this. Many times, I wasn’t sure if it was possible. I’m just proud of fighting and making a way somehow.”

Felix could possibly break her tie with Lewis this Saturday when she competes in the 4×400 meter relay.