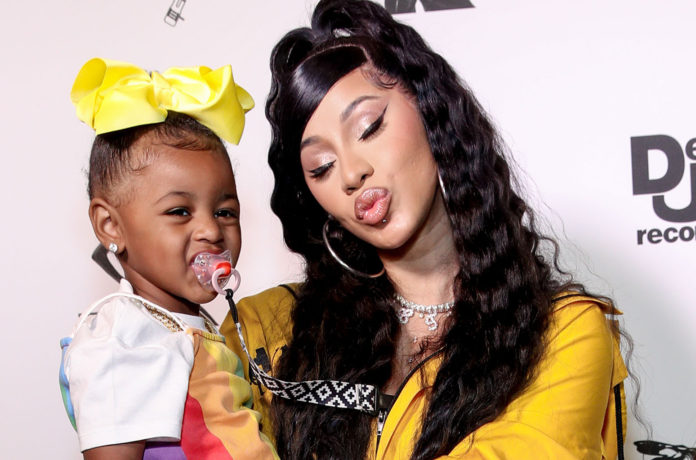 Rapper Cardi B defends her decision to not allow 2-year-old-daughter Kulture to listen to her viral hit “WAP”.

On Monday, in an Instagram Live video 28-year-old rapper was vibing to her Billboard Top 100 Chart-topper. While Cardi was in the middle of singing the hook, her daughter Kulture walked into the room. The rapper quickly pauses the song, while shouting over the lyrics “No, no, no, no!”

Although many see this mothering moment as hilarious, others were insulted by the situation.

Critics took to twitter to call out the “Money” rapper.

So ya daughter cant listen to it but everybody else’s daughter can ? @iamcardib AW OKAY ! Exactly what I been saying you have an agenda to push with that trash ass label your with. DISGUSTING https://t.co/OZja54dICx

“So your daughter can’t listen to it but everybody else’s daughter can?” Mo_firece wrote. She also tagged Cardi in the tweet and accused her of having an “agenda.”

“Ya needs to stop with this already!” the rapper proclaimed. She explains that she is a “very sexual person” and does not have an image like Youtube personality, Jojo Siwa.

Ya needs to stop with this already ! I’m not jojosiwa ! I don’t make music for kids I make music for adults.Parents are responsible on what their children listen too or see.I I’m a very sexual person but not around my child just like every other parent should be. https://t.co/LRH3APdp9A

In another tweet, Cardi pointed out that women hold various positions and are still mothers.

There’s moms who are strippers.Pop pussy ,twerk all night for entertainment does that mean they do it around their kids ? No! Stop makin this a debate.Its pretty much common sense. https://t.co/JqZaUKbjNo

“There’s moms who are strippers,” she writes. “Pop p*ssy, twerk all night for entertainment does that meant they do it around their kids? No! Stop makin this a debate. It’s pretty much common sense.”

This isn’t the first time that the song “WAP” has drawn negative commentary. Following the August release of the song and music video, conservative Ben Shapiro condemned the lyrics.

Others such as Rep. James Bradley and Rep. DeAnna Lorraine also publicly expressed disdain for the viral hit.

Although the hit single ruffled some feather, according to Billboard it set the record as the highest streamed song within the first 7 days of its release.