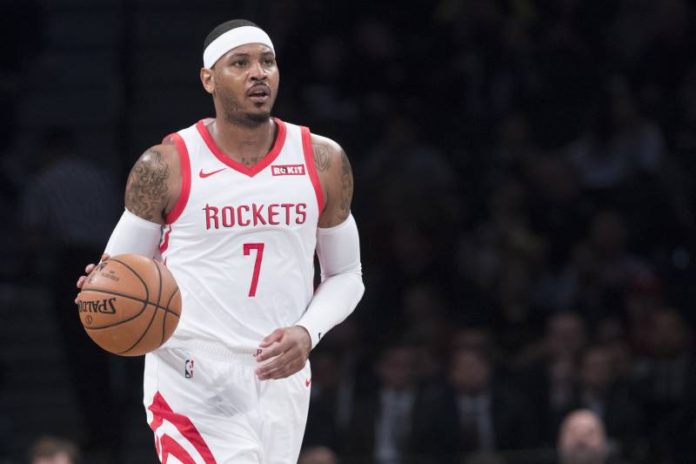 Carmelo Anthony is an all-star player that we love to see shine on the court. He has spent years in the NBA winning games and making a name for himself while doing what he loves. The efforts made towards his career is definitely one soon remember. The future of that legacy was questioned back in January when Carmelo Anthony parted ways with the Houston Rockets. Everyone wondered if he would even continue to play in the NBA once he left. Now that new contracts are being signed, the major question was who would he go to next if anyone at all?

Well this was a concern for many Carmelo fans a little relief was bright when he did an interview with TMZ. When asked would he be on the roster for this season, he replied “For sure, 2000%”. Carmelo followed up on his word and is now signed to Portland for this NBA season. From a free agent to now in the process of building a new brotherhood with his teammates, we are excited to see Carmelo again on the court.