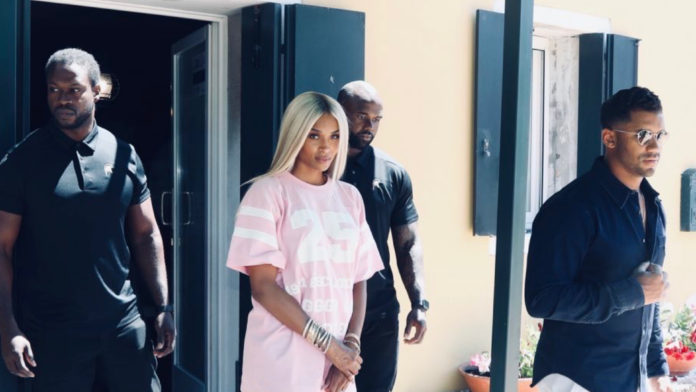 Ciara and Russell Wilson channel their inner royalty by recreating photos of Prince Charles and Princess Diana during their anniversary trip to Venice, Italy.

Wilson wooed his wife, Ciara with a surprise to celebrate their 5th year of marriage.

On Monday, the “Body Party” singer shared an image of her and Wilson walking out of the same building Prince Charles and Princess Diana were once photographed during a trip to the canal city in 1985.

You Always Make Me Feel Like A Princess @DangeRussWilson#5YearAnniversayTrip #Italy pic.twitter.com/a1RZZA77pf

“You Always Make Me Feel Like A Princess,” Ciara captioned the photo. She added the hashtags “#5YearAnniversayTrip”