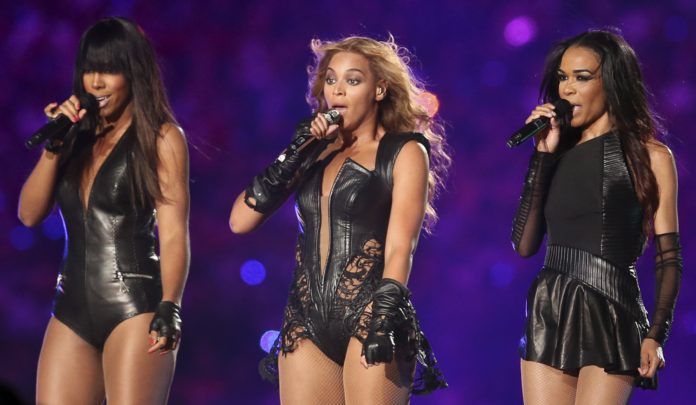 Kelly Rowland has Destiny’s Child fans keeping the faith. Rowland hinted that there is a chance for new music for the group. The singer who has been working on a holiday movie titled, ‘Merry Liddle Christmas’ spoke with Entertainment Tonight and when asked about a chance at a reunion for the ladies she stated, “I will say, we have made incredible music in the past, and I don’t know. Can we, like, have surprises in this day and age? I mean, I’m just saying. I just find it so interesting, everybody wants to know in advance. I know every time there is a decision to be made for myself and the ladies to do something, it’s usually a surprise. And our fans have always been so supportive and so awesome, like, I like to give them surprises. I’ve got nothing up my sleeve, I promise you, nothing up my sleeve, but yeah, I wouldn’t say anything.”.

Kelly, Michelle, and Beyoncé were seen earlier this month at the attendance of the grand opening of Tyler Perry Studios.

Kelly Rowland and Beyoncé Knowles-Carter are both married with children now and the two are still close. And while both women have busy careers, they still make time for their children to play together.

Singer Michelle Williams of the group, who recently has been mistaken for actress Michelle Williams is also keeping herself busy. Some suspect that she is on the television show, ‘The Masked Singer’. Fans will surely keep their fingers crossed, hoping that these 3 active ladies will find time to collaborate soon.