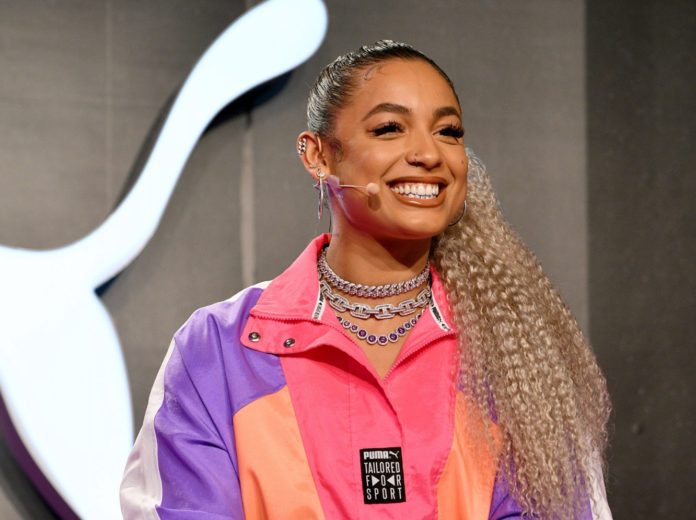 DaniLeigh is a young and feisty American singer and songwriter who blew up on the scene in 2019. Originally from Miami, the 24-year-old artists stepped on the scene with her sporty style and “cool girl” demeanor. With such talent it was no surprise that DaniLeigh sealed the deal to become an official partner with athletic brand, PUMA. PUMA is known for collaborating with major stylish celebrities like the late Nipsey Hustle, Selena Gomez, Meek Mill, G-Easy, Big Sean and Dreezy. On January 29, 2020, DaniLeigh made an appearance at the exclusive launch of PUMA’s Spring/Summer 2020 for New York Fashion Week.

DaniLeigh is a great fit as she is known for her sporty and girly style. According to ESSENCE, “The new collection features a variation of colorful, retro pieces from jackets to hoodies, t-shirts, sports bras and leggings. It’s pretty much a cozy fashionista’s dream.”

“I felt like PUMA does such a great job with collaborating with artists, and I feel like the artists they have, the caliber of artists they have, I jelled with it,” says the “Lil Bebe” singer. “They have people like Meek, Nipsey Hussle,  Selena Gomez, Rihanna,  it’s just a lot of people that I’m super inspired by. I really wanted a partnership that wanted to showcase artists and music and I really felt like PUMA was doing that. It’s one of the biggest brands doing that.”

The event featured bright colors, athletic clothing, and a sporty aesthetic. The PUMA’s Spring / Summer 2020 collection is now on sale.