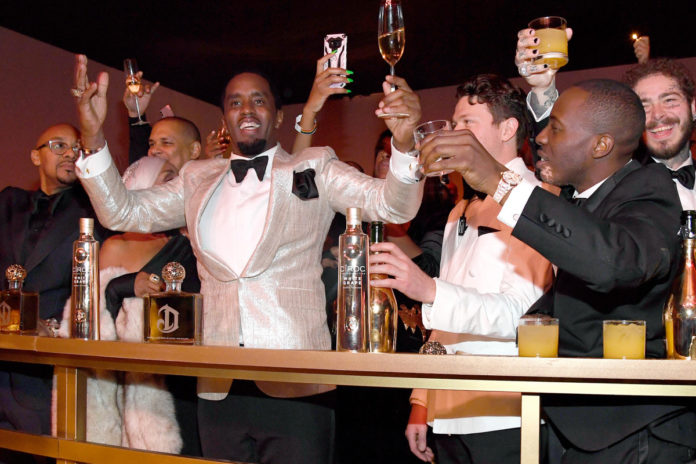 Ain’t no party like a P Diddy party because a P Diddy party don’t stop! Is what all the guest were left saying after P Diddy’s star studded 50th birthday bash. Although Diddy’s actual birthday was November 4th, People reports that he purposely pushed his party back to this weekend to coincide with his late ex Kim Porters birthday. Diddy hosted his even at his $40 million dollar Holmby Hills home and invites include Jay-Z, Beyoncé, Kim Kardashian, Kanye West, Khloe Kardashian, Kylie Jenner,Dr. Dre, Pharrell Williams, Cardi B, Offset and many more !

Young creative, Kaito, took professional photos of guests that look straight out of a museum. One of the biggest highlights of the event and what many fans were happy to see was a photo of Jay-Z and Kanye West shaking hands and taking pics together, seemingly ending their year’s long disagreement.

Drinks of Ciroc flowed throw out the party as guest danced the night away and enjoyed performances by Mary J Blige, Doug E. Fresh, Usher and Lil Kim. Diddy’s Mother and children were also in attendance to celebrate his milestone and even gave a toast. The cake was brought out as Mary J. Blige sang happy birthday with the inscription “LOVE”, which Diddy previously said he would be changing his middle name to. Check out pics from the party below