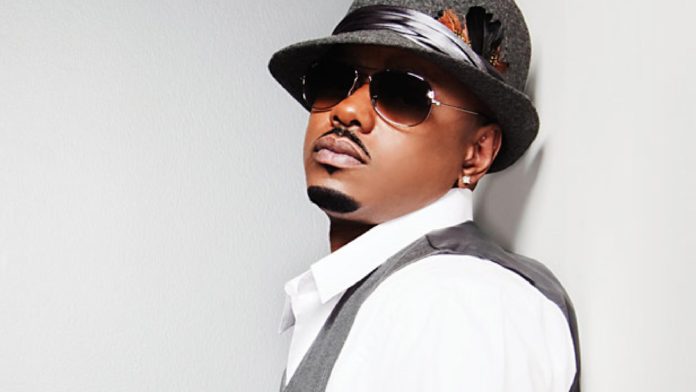 Inspired by the coronavirus pandemic and his own personal battles with addiction, the Mr. Where I Wanna Be Singer felt like the title of the album would resonate with fans.

“I had a really strong idea to put out a free project, the idea came like “look, let’s call it 100% free, let’s give it to the fans for free,” Jones tells JaGurl TV. “Free also represents a lot of things for me, my life started to change about 7 years ago… I was addicted to cigarettes. A lot of things I was addicted to, it all left because I realized it was all playing in my head, so I became free from a lot of things.” the singer explains. “But the title also resonated with me because we are all wearing face masks, we all have been restricted from traveling. So 100 percent free also means we ready be free from all this stuff going on so we can be who we were before this pandemic.”

Like the majority of his music, Jones’ new single ‘Karma (Payback)’ is based on his own personal experience. For Jones, this “particular song.. felt like it needed to be heard.”

“It means so many different things,” the R&B singer says. Jones explains how the song can resonate in relationships or friendships. “But also when you do people wrong, it’s going to come back on you. I don’t care who you are or whatever you do in this world that is ill or you’re trying to be disrespectful or outright nasty to people just for no reason, all that is going to come back on you.”

“But the main thing of the whole story is that when you find yourself when you when start loving yourself, you’re ain’t going to allow none of that happen anyway, you’re not going find the right person because guess what? you ain’t going to allow nobody else to come into your space and disrupt the love you have for yourself, ” the singer concludes.

During his break from music, the multitalented musician battled and overcame many forms of addiction, like smoking, alcoholism, and negative thinking. Jones refers to his journey to overcome these self-destructive practices as “the most important thing” in life.

“I think it’s very important for us to let go of these addictions, for one we don’t need it,” Jones says. “Everything is good but we overconsume.”

The singer goes further to explain how anything could become an addiction. “Social media you can be addicted to, you can be addicted to a person! You can make them your possession.” Jones says “My thing is we need to really start to focus on yourselves, start to love us. So when you look in the mirror and you love yourself, you won’t let anything else come in that going to negatively affect this thing, which is the house you live in,” says Jones. “I just want to let the people know if we start to fix ourselves love comes easy., everything comes natural and addiction falls away. “

The R&B legend highly anticipated 7th studio album is set to release around Christmas. The album will be available to download from his website as well as various streaming services.

Although the ‘100% Free’ album has yet to release, Jones has a follow-up project title, Elevate, already in the works.