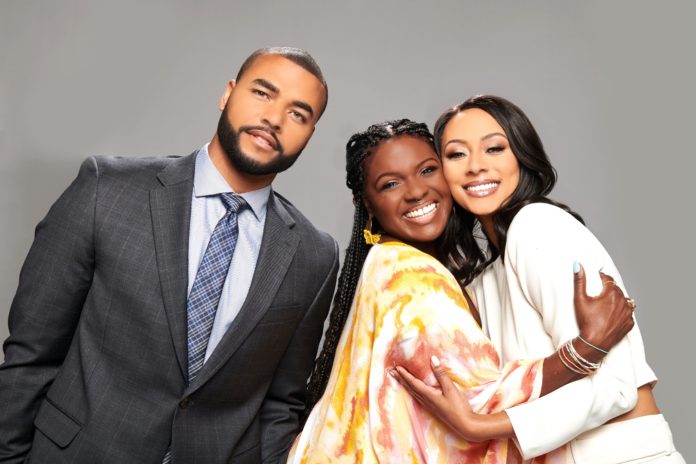 In TV One‘s new original movie ‘Don’t Waste Your Pretty’ there are definitely some lessons to be learned.

‘Don’t Waste Your Pretty’ follows a group of tightly knit friends as they sort out their turbulent life issues and love lives – always turning to one another to figure out their next move when jobs, romance or family interactions prove more complicated than they had ever anticipated.

The film is based on the eponymous novel penned by award-winning author and media personality Demetria L. Lucas.

With the film being so relatable it was only right to get some insight from cast members regarding their take, in embodying these roles. During a press conference for the film, JaGurl TV got to do just that.

Love is a prominent topic throughout film, as well as dating. Keri Hilson’s character is so invested in her career that she constantly puts love on the back burner.

Deborah Joy Winans character is also having trouble in the dating scene but yet, her role is still an ambitious and strong woman.

During the virtual press conference she opens up to us about the importance of having a strong black woman on television.

“I think we as a culture have been made to feel invisible so much and made to feel like our voices don’t matter, and since I was younger and knew what I wanted to do.” she continues “My prayer has always been someone that shows young women of color that you can do and be everything you set out to be, it just takes work and being consistent.”

Redaric Williams opens up about his character, Michael and also one of his favorite things he’s learned while embodying the role.

“He’s built himself, in a way to where he’s a man and when I say that I mean, he’s not dragging his feet for love. If anything, any bit of him having reservations is to give her space and help her in a place where she can be comfortable.” He adds “I actually like that about the character, just being uninhibited and leaning all the way in.”