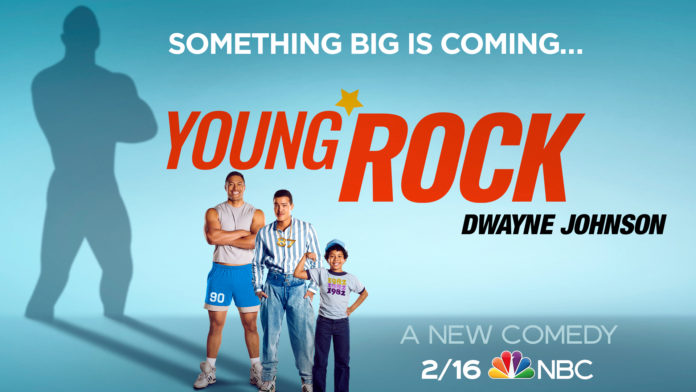 Over the weekend, Dwayne “The Rock” Johnson took to social media to announce the debut of his comedic biographic sitcom, ‘Young Rock’ set to premiere on Feb. 16th.

The series, based on Johnson’s real-life story, follows the young rock as he finds his inspiration to become an athlete from his pro wrestler father, Rocky Johnson.

“When you dream big, the sky’s the limit,” Rocky tells his son in a clip from the trailer.

The day after the anniversary of his father’s death, Johnson shared the trailer via Instagram.

“I really wish my dad was around to see this one,” he writes “Maaaaan he would’ve been proud.”

Although the trailer is filled with comedic moments it also shows intimate moments between father and son. Shots show the young Johnson admiring his father in the ring. In the trailer we witness flashes of Johnson at three pivotal stages in his life; as a 10-year-old, a 15-year-old, and a college student at the University of Miami.

Each stage shows different obstacles and trials that the young Rock must overcome. The Rock will also be cutting into these flashbacks through his life with dramatized voice overs.

The Young Rock is set to premiere on NBC Feb. 16th, be sure to watch the trailer below.