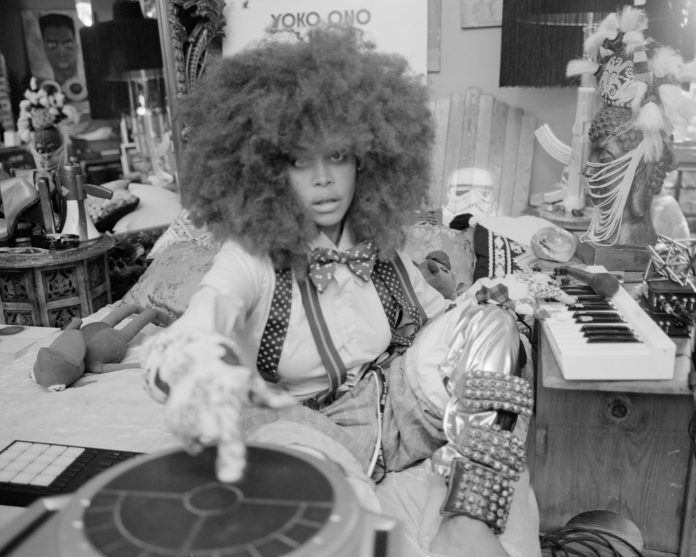 Since the beginning of COVID-19 many artist were forced to stop touring losing income. In this hard time, Erykah Badu took that moment to create a new lane of her own, $1 live streaming concerts from home.

The Quarantine Concert Series: Apocalypse, Live From Badubotron is Badu’s way to take care of her family and team while allowing fans to vote on her at home concert set list. “I’ve been touring for eight months out of the year for 22 years. This is the way that I had made my money,” Badu said

In an exclusive interview with The New York Times, Badu opened up about taking her elaborated livestream show and turning it into a livestream company. “My livestream company project is very much underway. It’s ambitious, but I think I can do it. I think I can help artists build a platform very similar to mine where everything lives there. We are driving all the traffic to our socials, to our chat rooms, to our merchandise, and to our art, whether it’s performance art or comedy or visual art or fashion. We don’t have to abandon our other social media outlets, but we can incorporate them into our worlds and in ways that make it very easy for the user.”

Starting at $1 per person to watch the livestream concert has brought over 100,000 people to support Badu. “I’m also trying to convince the user or the audience that it’s OK to pay the artist directly. Because they’re so used to using the streaming services to do that, and we only get pennies [from the services]. But we’re also living in an era where capitalism is one of the enemies. So you have to be very careful to not become something that you didn’t intend to become.”

This can definitely become the start of a new streaming wave for music lovers and talent all over the world.