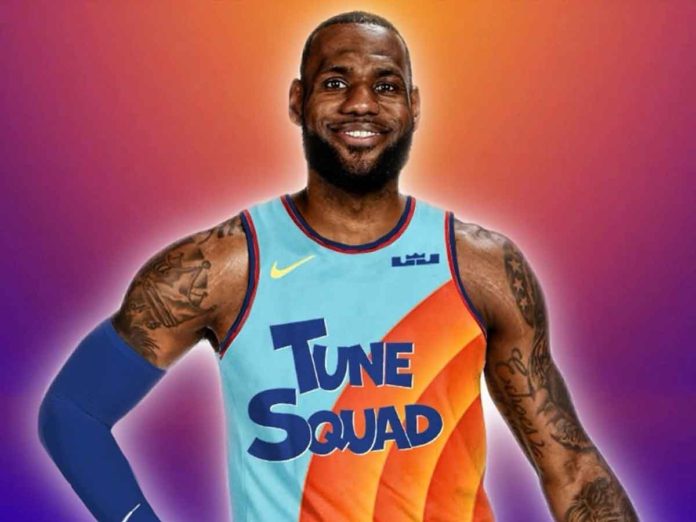 Many speculations have been circulating at a new potential Space Jam sequel, and HBO has finally dropped the first look teaser of the new sequel ‘Space Jam: A New Legacy” starring Lebron James with Tune Squad by his side.

Space Jam 2 was able to wrap filming in 2019 during the global pandemic and recent audio clips from Complex showcased James’ eagerness to lead in the iconic role.

When asked about the role once held by basketball legend Michael Jordan, James said “I’m just a small kid from Akron, Ohio —a very small town outside of Cleveland. From a single-parent household, I’m the only child, my mother had absolutely nothing.”

He began to reflect on his past while expressing gratitude for the role “She was walking around high school when she was 16 years old and she was pregnant with me as a high school sophomore. So, I’m really not supposed to be here.”

Here is an earlier look of the Space Jam 2 ‘A New Legacy’ Jersey released in August of last year via Twitter.

Would it be the Family Reunion without a special surprise?! @mavcarter gives our I Promise families the first ever look at @KingJames in his @spacejammovie ‘A New Legacy’ jersey! 👀🔥 pic.twitter.com/XsPYL1dvcU

Space Jam: A New Legacy is expected to be released on July 16, 2021 on HBO Max and in theaters.