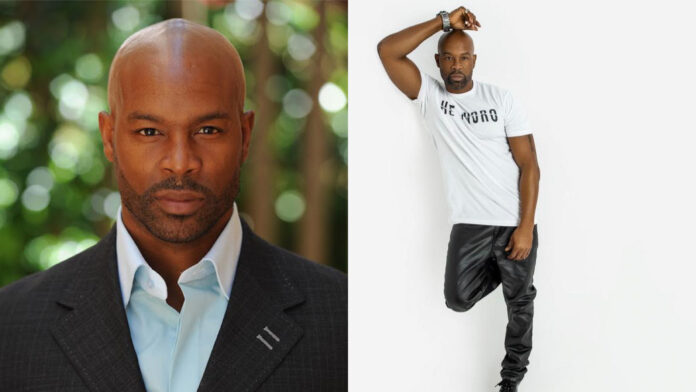 Darrin Henson has choreographed for the biggest entertainers, won awards as an actor, and is now directing his own films to share Positive Black Stories.

Atlanta, GA  – Darrin Henson, world-renowned choreographer, actor, director, producer, and author has made quite a career for himself over the last three decades. At first, glance that may be hard to believe, given his vibrance and ability to play the roles of characters much younger, but it’s true.

Henson won over fans from the moment he played Lem Van Adams in the classic Showtime drama series Soul Food, and later as Grant, in the movie Stomp the Yard in the early 2000s.

Fast forward to today, Henson is a star on the BET series The Family Business and the AllBLK action-drama Double Cross. He is also creating opportunities for other talented actors and creatives seeking to grow their careers.

“My latest project is A House Ain’t A Home, which I recently completed and directed myself,” he said. “I am also working on a project called With Your Flaws and All that I am directing, in addition to being in negotiations to find a home for my documentary.”

“I still love dance and I still love acting, but this is a natural progression to produce and direct now,” Henson said. “The hats are still there. They are just changing as far as formation. Acting has afforded me the opportunity to be on many different sets where I was able to learn about camera angles, lenses, lighting and sound. You may see me telling stories on screen as an actor one month, and a few months later I am telling stories as the director.”

With his small and big-screen acting success, some may have forgotten that Henson, a Bronx, NY native, got his start in the 1980s as a talented street dancer who burst on the scene to become one of the most sought-after choreographers in the music industry. His resume consists of work with superstar entertainers like Michael Jackson, Prince, Britney Spears, NSYNC, Jennifer Lopez, Christina Aguilera, Xscape, Jagged Edge, and countless others. Not to mention, his famous Darrin’s Dance Grooves DVDs sold millions of copies in the late 1990s and early 2000s, making him a household name. He has made appearances everywhere from MTV to the American Music Awards.

During his long and illustrious career, Henson says he has certainly experienced all of the ups and downs that accompany major success. It is those experiences that he credits for his enhanced perspective and current approach to life. Still, if he were to have a conversation with his younger self, he maintains that he would do little talking.

Keep up with Darrin Henson on Carl Weber’s The Family Business every Tuesday at 9pm ET on BET. For other updates on Darrin and his upcoming projects, visit darrinhenson.com and follow him on Instagram @iamdarrinhenson: https://www.instagram.com/iamdarrindhenson/?hl=en.