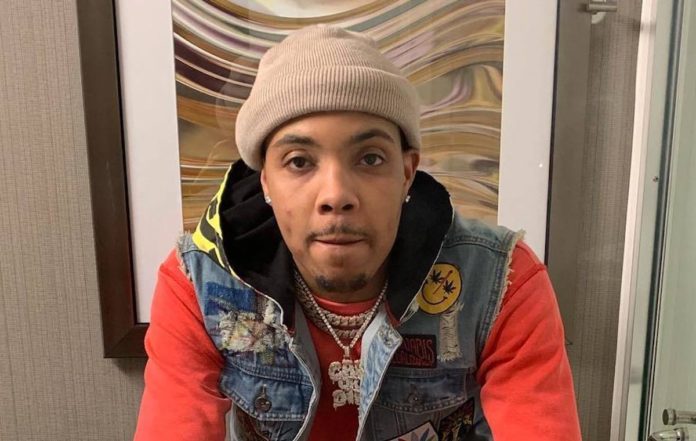 Rapper G Herbo sat down with “REVOLT BLACK NEWS” to discuss the importance of teaching Black youth about mental health and substance abuse through his organization, Swerin Through Stress, and his music.

Diagnosed with PTSD, the Chicago rapper uses his platform to advocate for mental health awareness within the Black community. In 2020, Herbert “G Herbo” Wright III started Swerin Through Stress. Swerin Through Stress is an organization devoted to bringing mental health services and the rapeutic resources to Black youth. Over the past year, the organization has worked with youth in the Chicago area.

“A lot of people reached out, as far as resources and volunteers,” the rapper tells Revolt TV. “The kids I launched if for are taking it more serious. Whereas to not necessarily just being about to talk to someone about where they are mentally, but just wanting to lean more on the community.”

“You know we got our facility in Chicago; me and my partners, we brought a facility. And a lot of the local basketball programs and the youth programs have been doing a lot of stuff there,” Herbo shares. ” Not only was it just …an outlet for people to vent, but a lot of times kids aren’t necessarily ready or able to speak on a lot of the stress or trauma they endured. I think it helps to keep them active.”

“A lot of times, kids aren’t ready to speak on the trauma they endured. A lot of times, it just helps to keep them active. Which is what Swerin through Stress has been doing,” he states.

Wright has been vocal about his own battle with substance abuse and mental health. In 2020, he released his debut album, PTSD. Herbo’s latest studio album earned him his #Hot100 hit. The album debuted at #38 on the Hot 100 Charts.

When creating the title track, “PTSD,” Herbo sought out one artist who openly discusses his battle with substance abuse, Juice WRLD.

“Juice was my little brother. We had a relationship [that] was much deeper than just music,” He states. “So it came out natural, the whole record, PTSD. I felt like there wouldn’t be anyone else who fit on the record as much as Juice did. I intentionally made the record for him to be on it.”

The title track featuring Juice WRLD, Chance the Rapper, and Lil Uzi Vert became Herbo’s first song on the Billboard Hot 100 charts. The song peaked at #15 on US Hot Rap Songs. On May 7th, the song was certified gold but the Recording Industry Association of America.

“I always wanted Juice to be on it ’cause he was somebody that openly spoke on his mental health space and where he was mentally, and the trauma he endured and substance and drug abuse,” says Herbo. Herbo could relate to the young artist because he too battles with drug addiction.

“I did a lot of that just to cope with a lot of the stuff I’ve been through in this industry,” he continues. “As an artist, especially an artist as big as Juice, there’s a lot of adversity that you have to overcome behind closed doors.”

By sharing their personal battles, the duo’s bond grew deeper. Herbo referring to the 21-year-old as a little brother. In December 2019, just a couple of months before Herbo’s album release, Juice WRLD passed away following a drug overdose.

“Juice was growing so fast, but a lot of his problems were coming to him a thousand miles a minute,” he explains, “I used to tell him, ‘you gotta just deal with it. You gotta just face it head-on, whatever it is.”

“Him meeting his demise at such an early age, of course, it touched everybody. It affected me in a specific way because I had a personal relationship with him, that’s my little brother. I think about him every day.” Herbo says. “I’m glad that his legacy will always be remembered. And a lot of people are taking mental health a lot more seriously, especially after his passing. Drug and substance abuse is real.”

“I think the conversation worth having is for people to understand,” Herbo urges. “A lot of times, they put a stigma on the Black man, of course. But the younger generations as far as all the negativity that’s going on. but that really stigmas from generational trauma, you know the stuff we learned from our fathers, our grandfathers, our mothers, and people we looked up to while growing up.”

“And like you said, it’s not to blame nobody,” he starts. “But I want people to understand that nothing in life is a coincidence. Two plus two always equals 4. So it’s just having to go back and reverse the steps and retrace and figure out what we did to get here.”

“A lot of the killings and stuff that’s been going on for generations, comes from trauma,” he concludes.

Wright knows that mental health and substance abuse is a daily battle. But he urges people battling those things to cherish and value the small things.

“You have to lean towards a lot of the adversity and the things you face in life,” he advises. “And move past it, maneuver through the obstacles that life throws at you.”

“I believe it’s just trying to find something or the small things that make you comfortable enough to want to strive day in and day out,” says the rapper.

Herbo lists some of the little things that keep him going.

“My music, me being a father, a lot of people depending on me and looking up to me,” he shares. “Find the little things that make you want to keep ongoing. I feel like when you do that, and you overcome whatever obstacles that you have to overcome, it feels like a lot of this stuff never happened. When you get through these things, you see the light at the end of the tunnel.”

For more information about Swerin Through Stress, click here.