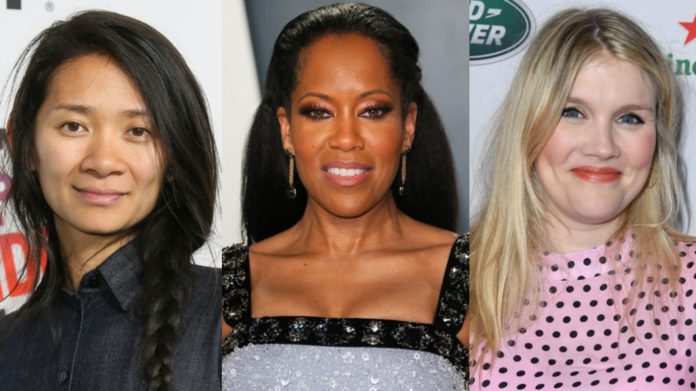 On Wednesday, the Golden Globes announced nominees, and for the first time in its history, three women directors have been nominated for best director.

Chloé Zhao (Nomadland), Emerald Fennell (Promising Young Woman), and Regina King (One Night in Miami) are the three nominees for the category. Bringing the total number of women nominated for Best Director in Golden Globes history.

Two other directors, David Fincher (Mank) and Aaron Sorkin (The Trial of the Chicago 7) close off the category.

Here’s a thread of this year’s #GoldenGlobes nominations! For a full list with pictures and bios visit https://t.co/g3KJvHTGlp

The award show has received numerous backlash and critiques for not including women in the heavily male-dominated category.

Back in 2018, actress Natalie Portman made headlines while presenting the award for best director and mentioning the category’s lack of inclusion.

The nomination has made King the second Black woman to be nominated for Best Director. Ava DuVernay became the first Black woman director back in 2014 for her film Selma.

Meanwhile, Zhao has become the first Asian woman to be nominated in the category.