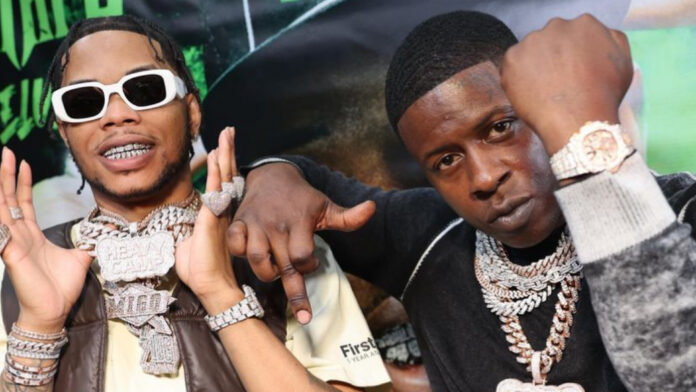 After making his own wave into the music industry, Memphis own Lil Migo has taken his talents to new extremes. Signed to Blac Youngsta‘s Heavy Camp records, the 22 year old rap star celebrated the release of his deluxe album for ‘King of the Trap 2’. The event was held at MODEx in Atlanta Ga.

His first ‘King of The Trap’ album released March of 2021 followed by ‘King of the Trap 2’ in November of the same year. The deluxe features 6 extra songs in which there are not any features. “I feel like I need to give them (the fans) more of me” Lil Migos tells JaGurl TV, “that’s why I’m coming with 6 more songs, the deluxe is all me”.

Singing to Blac Youngsta Heavy Camp in 2019, the two exchanged mutual respect and support through social media. “I see myself in Lil Migo; he’s a hustler, it’s more so like my business partner than my artist; this is my little brother.” Blac Youngsta tells JaGurl TV, “we don’t take advantage of each other over here, it’s CMG/Heavy Camp everything we do is on the table”.

Check out the interview with Blac Youngsta and Lil Migo HERE; and check out “King of the Trap 2” deluxe out now on all streaming platforms.