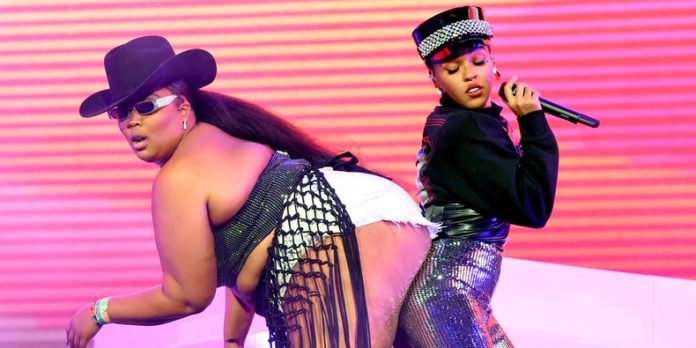 Lizzo has been snatching celeb hearts since the release of her new album, Cuz I Love You which is filled with women empowering hits like her single “Truth Hurts”. Lizzo is a self-care advocate who’s absolutely hilarious and doesn’t take crap from anyone so it’s no wonder why celebrities like Rihanna, Nicki Minaj and Janelle Monae are gushing over the singer.

During the premiere of her latest film Harriet, Monae couldn’t hold back expressing her love for the friendship she shares with Lizzo and them potentially collaborating. “I would love that,” she says to ETonline, “We’re friends, so I care more about our friendship than a collaboration, but yes, I would love it.”

The friends recently posted an Instagram post of them singing along to Shania Twain .The two met Twain at the Montreux Jazz Festival in Switzerland back in July. “We actually met Shania in Montreux and we formed a friendship with her too,” Monae explains. “We’re very spontaneous. Like, she comes over, we hang out, we don’t, like, plan stuff. That was not planned. But it was just me honoring her. I think she’s such an icon, and necessary.”

The vibes between the trio was clearly undeniable since Twain took to her Instagram to share a pic of her, Lizzo and Monae returning the love.