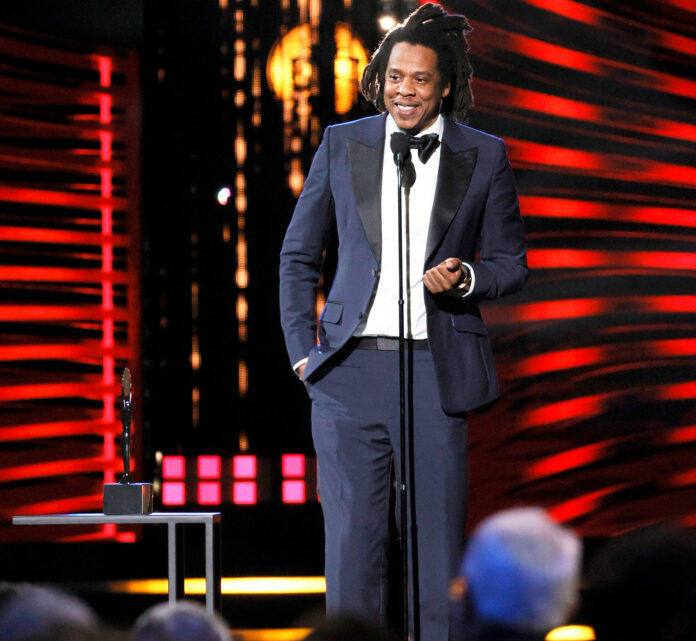 Jay-Z has now joined the big boys club and joined the legends like The Notorious B.I.G., Tupac, N.W.A., and Public Enemy. He has now become latest hip-hop icon to be inducted into the Rock and Roll Hall of Fame. During the night we were blessed to hear kind words from Barack Obama, Dave Chapelle, and other A-list celebrities who made an appearance to the exclusive event. Former president Obama spoke proudly on his love for the rapper by reminiscing the effect Jay-Z had on the culture and his own life.

“I’ve turned to Jay-Z’s words at different points in my life, whether I was brushing dirt off my shoulder on the campaign trail, or sampling his lyrics on the Edmund Pettus Bridge on the 50th anniversary of the Selma march to Montgomery,” said President Obama. “Today, Jay-Z is one of the most renowned artists in history and an embodiment of the American dream, a dream he has helped make real for other young people like him.”

To add to the fun, we heard thoughts from JAY-Z’s wife Beyoncé, Rihanna, Chris Rock, David Letterman, Queen Latifah, Lin-Manuel Miranda, Diddy, and Jamie Foxx. Dave Chappelle had the honor of introducing the man of the hour. “It is an incredible honor to induct this next man into the Rock and Roll Hall of Fame,” the legendary comedian proclaimed. “But I need everybody in rock ‘n’ roll to know, that even though you are honoring him, he is ours. He is hip-hop. For ever and ever, and a day.”

A pre-recorded telecast will air later this year on HBO and HBO Max. During the event we will not only see people who had kind words to say about him, but also Jay-Z expressing his gratitude as well.  In his acceptance speech, JAY-Z gave shout outs to both his mother, Gloria Carter, and Roc-A-Fella Records co-founder, Dame Dash. “Shout out to Dame… I know we don’t see eye to eye, but I can never erase your accomplishments, and I appreciate you and thank you for that,” JAY-Z said.