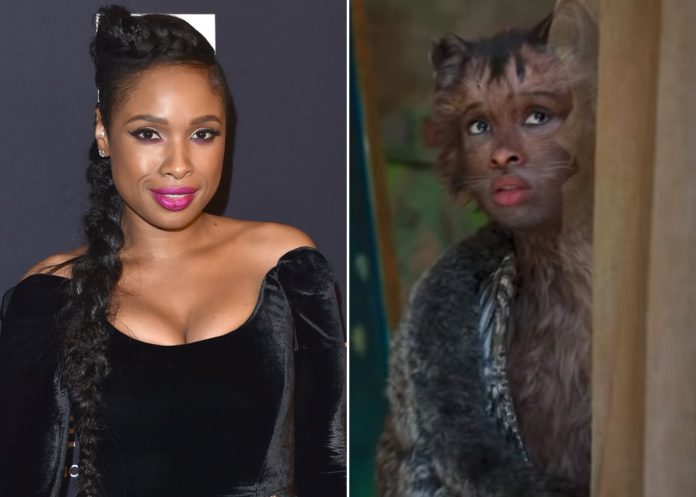 Jennifer Hudson’s steps out of her usual on screen roles to play Grizabella, the ragged turned glamourous feline who’s best known for the song Memory in the Broadway performance of CATS. CATS is a musical that takes place over the course of one night. Cats gather in a junkyard and introduce themselves in a song explaining why each one should be chosen worthy to enter the Heaviside layer which is basically cat heaven.

Whichever cat is chosen is reborn as a younger more attractive cat. In an interview with Newsweek, Hudson tells what it was like to prepare for this role and what fans should expect differently in the film compared to the Broadway play.

While preparing for this role Hudson says that this it was nothing like what she had played in the past. She had to dive deep to connect to the past of Grizabella and stated, “We wanted people who saw her on-screen to think, ‘What happened to her?” Grizabella’s character holds a lot of the emotional impact of the story so Hudson knew she had to perfect it. “Memory Is Grizabella’s entire life story, and it carries so much of the heart of the movie as a whole. We spent a lot of time dissecting who Grizabella was, which helped to form her look and how she moved. I thought a lot about her past and how that would affect the heaviness in her walk or the brokenness in her facial expressions.”, says Hudson.

When it comes to the pressure of nailing the iconic number, Memory, she says she wanted to make sure she honored the original song but she also wanted to add a twist of her  own. “I wanted to honor the original while also bringing my own touch to it,” she says. “Webber (who collaborated on the film) was very trusting and encouraged me to bring what I felt to the song.”