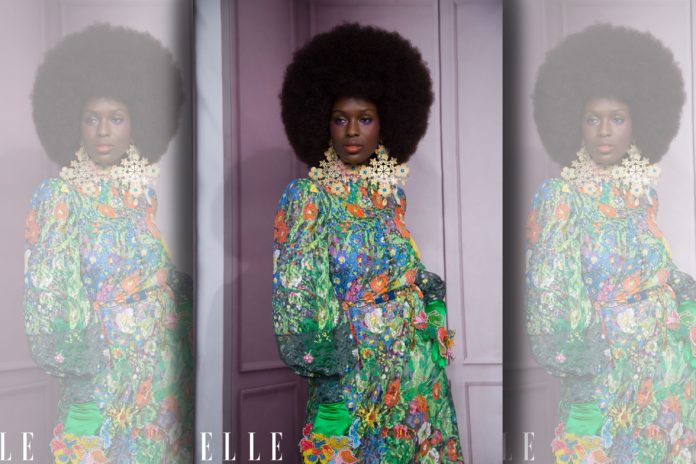 Actress Jodie Turner-Smith, who welcomed her first child Janie in April 2020, tells the world not to underestimate the power of a woman.

The Queen and Slim actress will appear on the January 2021 digital cover of Elle. The actress is opening up about motherhood and filming the action film Without Remorse while pregnant. In the movie, she will star alongside Michael B. Jordan and Jamie Bell.

“The men think they’re hard-core,” she tells Elle, “but they could never do what they do while also making a baby. They just couldn’t.” she says with a laugh.

Turner-Smith explains how giving birth has redefined what she sees as true strength.

“True strength is not found in force and brutality, but in vulnerability,” she says.

“Patriarchal society really is out here, scamming women into thinking that they’re not supremely powerful beings,” she says, chuckling. “Because damn, it’s some goddess-level shit,” she adds referring to childbirth.

Turner-smith reflects on the isolation of raising a child during quarantine.

“Navigating parenthood at any time is difficult,” she says. “and it’s even more difficult without support when everything is shut down and you can’t really see other people or go anywhere.”

Early last fall, the British actress shared her birth story with British Vogue and explained her decision to have a home birth.

“We had already decided on a home birth because of concerns about negative birth outcomes for Black women in America,” Jodie told the Vogue.

“According to the Centers for Disease Control and Prevention,” the actress continues. “The risk of pregnancy-related deaths is more than three times greater for Black women than for white women, pointing, it seems to me, to systemic racism.”

“Delivering at home ensured that I had what every single woman deserves to have: full agency in determining my birth support,” she adds.

Catch Jodie Turner-Smither in Tom Clancy’s Without Remorse which will premier on Feb. 25 on Prime Video.