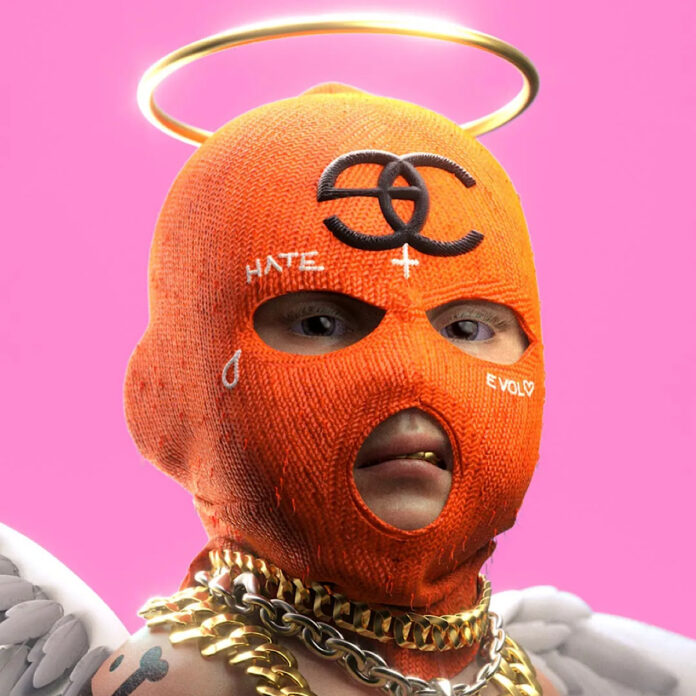 Could an animated two thousand year old NFT cupid be coming for your favorite rapper’s spot?  Hmmm Someone tell Kanye, Future, Drake, Lil Baby and Kodak Black that they may have a new OPP or new competitor.  Despite being a two thousand year old baby with tattoos and grillz,  Evol wants all the smoke. The little Cherub is a popular NFT character who created himself through the lived experiences of UK based 3D Visual artist, KidEight.

For over a decade, KidEight used his love of hip-hop music and culture as well as his creativity to make ends meet through creating show flyers and mixtape album covers. He has been the go-to digital artist for top musicians including Future, Chris Brown, Moneybagg Yo, Snoop Dogg, French Montana, Young Thug and more.   KidEight has worked for Atlantic Records, Def Jam, Sony Records and more. He has now grown a following in NFT through Evol and other drops. EVOL has become a popular character with a budding cult-like following. Through NFT, KidEight has been able to maximize his creativity.

KidEight is utilizing blockchain and NFTs to be a recognized and successful artist in his own right. He dropped the 8888 generative NFTS earlier this year to critical acclaim and rabid fandom. He is now expanding Evol’s world through a full hip hop mixtape entitled Anti Hero dropping November 30th. Evol airdropped a statement to us via his publicist who lives here on Earth.

‘My intention was never to start rapping but after repeatedly seeing rappers enter the space and drop the ball it made sense for me to show them how it’s done. Funny to think the hardest rapper on the blockchain is a 2000 year old cherub. I want all the gas’

A collection of 8000+ uniquely created single covers, each combined with select musical pieces of Evol’s first song release.  This will be the first time a music track has been released and split into sections to create ‘traits’. Traits of NFTs have become the driving force of their appeal and value.

The traits of this drop will feed into the metadata and create rarity depending on what section of the track and what visual aspects the artwork has. This is truly a new blueprint for independent artists to reward and engage fans through blockchain mechanics.

Pieces from this collection will be given out for free to collectors of G’EVOLs.

Collectors will be rewarded with a different number of NFTs depending on their holdings of the G’EVOLs collection.  A future ‘stake and burn’ mechanic will be implemented for holders to receive new music or EVOL content.