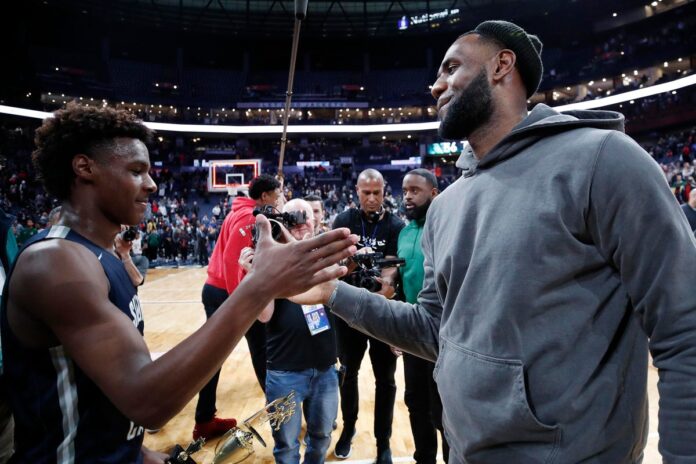 LeBron James is considered one of the greatest basketball players in the NBA and is even compared to Michael Jordan. His oldest son, LeBron James Jr. (Bronny), currently plays for his high school team where he is already gaining attention as a NBA prospect. Could we possibly witness LeBron James and his son on the court together in the future? For LeBron, that would be a dream!

According the NBA guidelines, Bronny isn’t eligible to be a player until 2024. The high-school junior has shown promise in following in his father’s footsteps. Although he can’t play with his father for another 3 seasons, LeBron is already excited for his son’s future in the league.

In an interview with his wife Savannah James, the two discuss what they see for Bronny. Savannah expressed that she just wants him “to be happy”. LeBron, on the other hand, didn’t hold back. “I’m not even gonna lie, I wanna be on the court with him. I think that would be an unbelievable moment. He’s about to be a junior but it can get close. We shall see but I want him to make it to the NBA.”

At 37 years old, LeBron James fans see that he still has more to prove on the court and isn’t losing any steam. In just 2 years, fans may witness a James takeover!